Back in December 2004, Tony Blair was British Prime Minister, George W Bush was US President, I was working at The Open University - and I had just bought my first digital camera, a 4 megapixel Fuji FinePix A340.

Since then the UK has had four new Prime Ministers and US three new Presidents - I've worked at two further universities and I've taken pictures with about a dozen different digital cameras and at least half-a-dozen phones.

On 24th December 2004 I took a few pictures with my relatively new Fuji camera, including this one... which we'll call Picture of the Day #1

And since then I've taken at least one photograph every day.  Some of these pictures have been quite good, some have been distinctly mediocre and others have just documented the daily routine.

The pictures have been my diary and remind me where I was, what I was doing and (in some cases) what my mood was.

These eight pictures were picked at random from the PoD collection (and sorted chronologically!).

My top tips for taking a picture every day.

1. Always have a camera with you, decent phone cameras make this easier now.

2. Take a picture of something first thing in the morning, you'll probably see something more interesting later, but it's good to have something 'in the bag'.

3. Get outside if you can, even if it is just to walk between meetings or to the shops, there are lots more photo opportunities away from the desk and sofa.

4. Label your pictures - there's time and date metadata saved with the photo, but not (usually) useful information about the subject matter. I use Adobe Lightroom to catalog and caption my images - other tools are available.

5. Save your pictures somewhere safe - on another device or in the cloud (or better yet, both).

My daily pictures usually wind up being posted on Twitter and on Blipfoto (a photo sharing site that encourages - and limits - you to post just one picture a day) - do follow me on one or both of these sites.

For some folks, time on Shetland at this time year is all about the migrants that pass through the islands. These birds stop off briefly to refuel and rest wherever they can, pose briefly for the local photographers then head off for their intended destinations - a few are no doubt hopelessly lost, but most have a real purpose to their journeys.

For me, however, time on Shetland at this time of year is really all about hanging out with the birds who opt to spend the summer months around the islands - and particularly the auks that (like me) hang around on the cliffs and headlands at the south end of Shetland.

I've been able to spend time with four different auks over the last few weeks.

These are the show-offs of the auk world - they love hanging out at the top of the cliffs (where there are nesting burrows) in the warm Shetland sunshine (sometimes) - and they really do seem to like posing for the tourists.

These provide the soundtrack to the cliffs over the spring and summer - always the first back (sometimes in the middle of winter) - these guys spend time sitting wing-to-wing, until the critical moment when the young jumplings jump.  I'm never sure what the guillemots are chattering about, I can only imagine that it's endless negotiations about ledge space!  I've always found it challenging to photograph these birds - with the other auks you can concentrate on one individual, but the guillemots are so close together that you almost alway wind up with pictures of a group.

I love hanging out with these birds - for years I only saw them on the water, but recently I've found places where they nest and rear their young, which has provided endless hours of watching over the last couple of years - and I love the red gape and the matching red feet.

However fond I might be of puffins and tysties, the razorbills are my real favourite.

They aren't as flamboyant as the puffins or tysties - and they usually get pushed out to the cliffs on the edges of the guillemot colonies.  It did seem that around Sumburgh Head this year that they've been able to claim some of their own ledge space rather than negotiating with the guillemots.  Maybe they're just asserting their true auk-ness, as the closest remaining ancestor of the Great Auk. 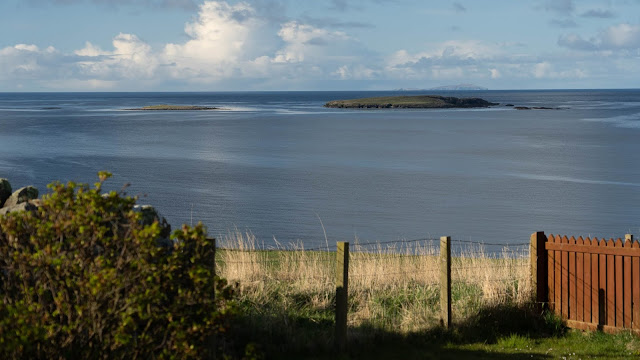 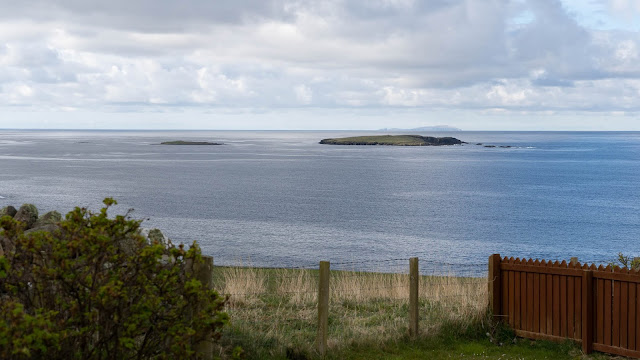 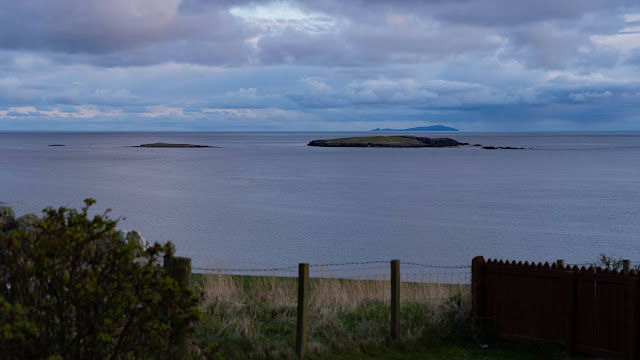 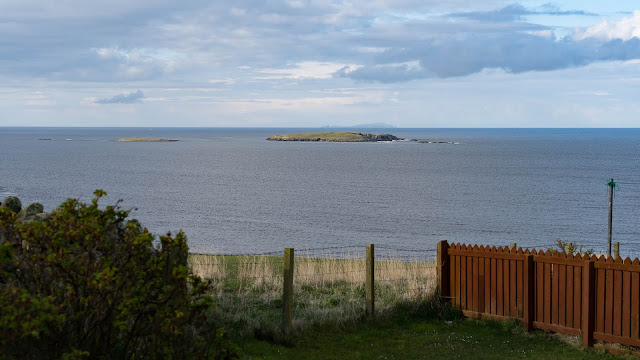 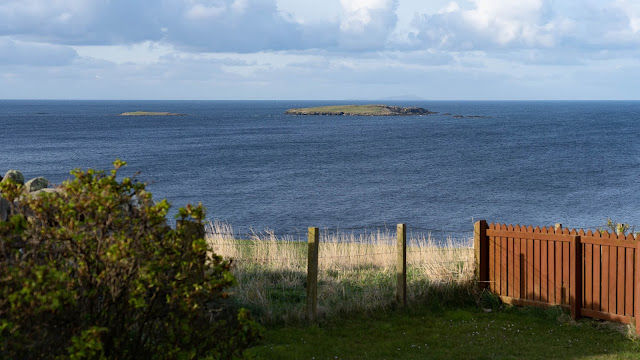 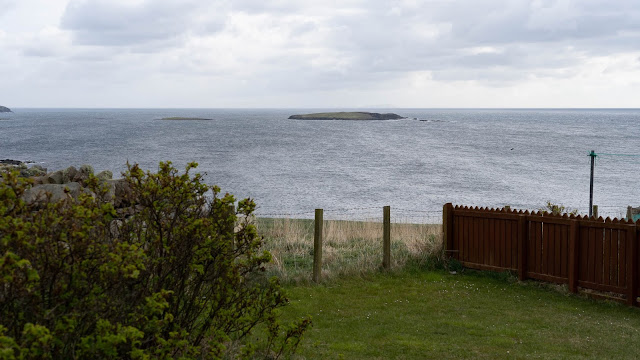 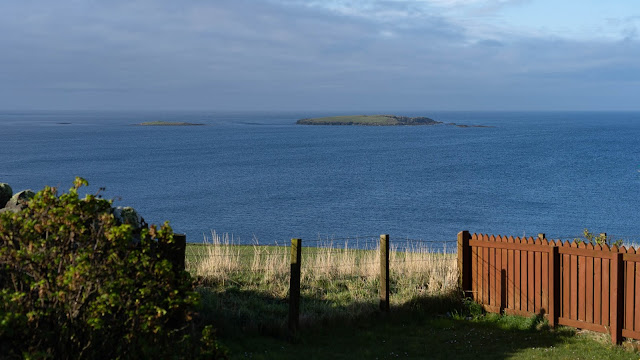 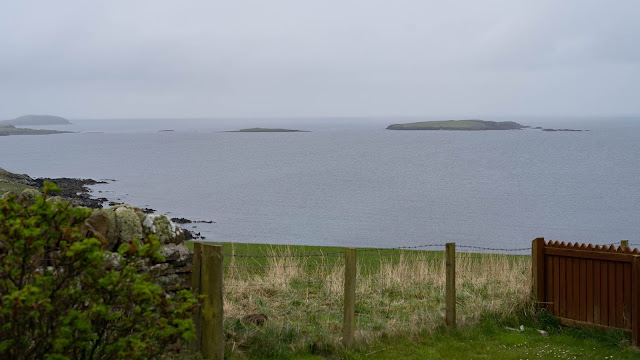 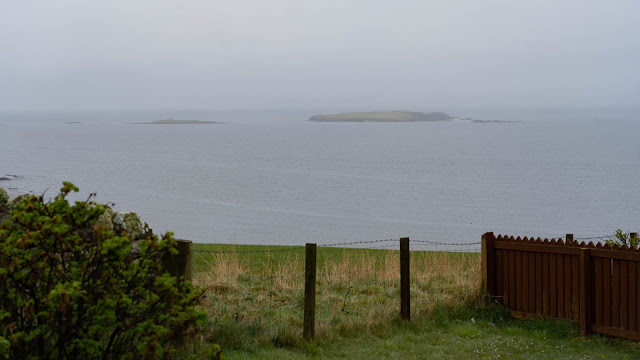 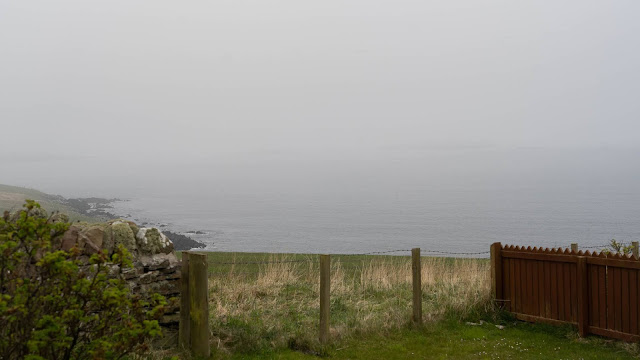 When one member of a much-loved double act passes away, there's always the thought that the other one might not last too much longer.

Way back in early 2017 we took custody of Moff and Koop - somewhat unlikely names for a couple of, already, very old black cats.  We believe that they were 18 years old when they came to join us.

Moff was with us until early 2020 when the years caught up with him - but Koop kept going until today.

The records at the vets logged her as being 22 years old - and until recently she'd just kept plodding along.

She had particularly enjoyed the recent warm weather and would follow the sun around the garden searching for the warmest spot (and when that failed, she'd repeat the exercise inside).