As the year ticks over, I always feel the need to reflect on what I’ve been doing and where I’ve been over the year and to think about where I'd like to get to in the next 12 months.  And I guess the urge to do that is particularly strong in what's been a rather strange (politically, at least) year.

There's been a little bit less travel than in some previous years, but I’ve still managed time in the Arctic and the Alps - quite a lot of beach time both in Shetland and on the north of the Scottish mainland - and quite a lot of time in Coventry.

I’ve finally managed to see western Greenland in the sunshine (my previous photographs from were pretty dreich) and to take some decent pictures around the mouth of the Ilulissat Icefjord. 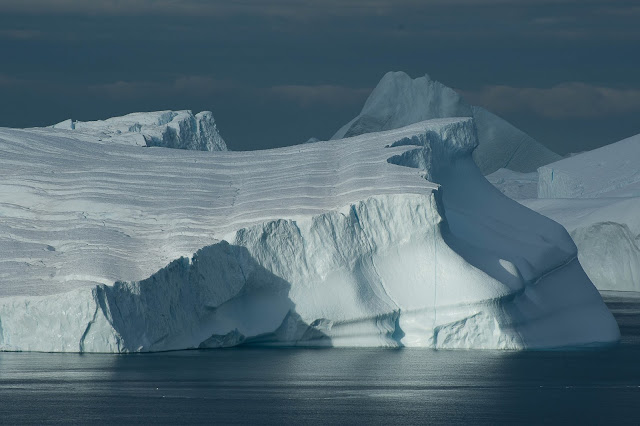 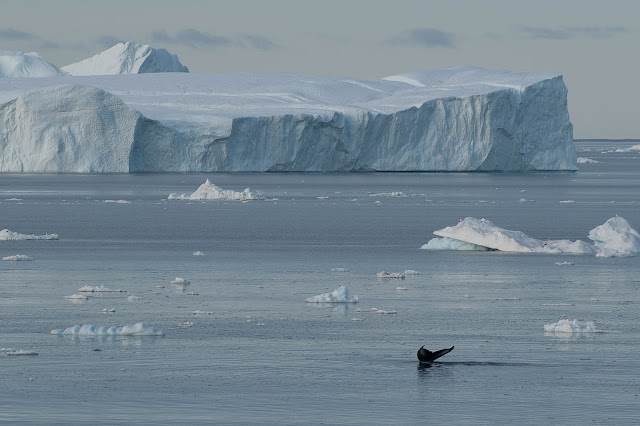 Getting to Greenland really doesn’t offer many alternatives to flying but some of the other destinations do offer other options.

The Alpine trip (to the Tiernsee in Austria) could have been done easily by plane or by train, so we opted for the train route travelling via Brussels, Frankfurt and Salzburg.  And yes, of course it all ran to the timetable except for the bits that involved tracks in the UK.  Watching the countryside of France, Belgium, Germany and Austria roll past seamlessly felt particularly poignant at a time when the UK electorate were gearing up to their collective act of daftness. 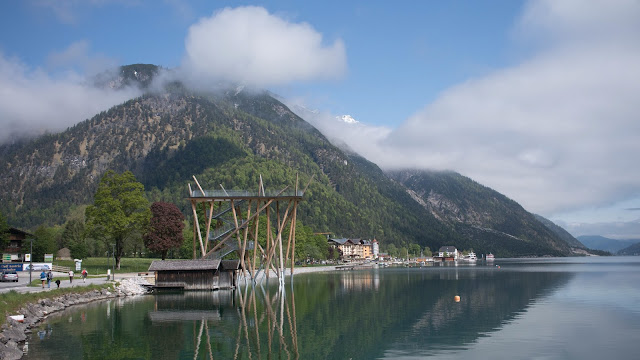 Over the last ten years I’ve gone to Shetland by several different routes - usually driving to Aberdeen and finishing the journey north by boat or flying from London via Glasgow or Aberdeen, but occasionally coming up with other variants.  In April this year, in a fit of individual daftness I decided that rather than fly north, I’d get the sleeper bus from London to Aberdeen and finish the journey by boat.  The direct bus turned into four buses, and involved a lot of time sitting around at various motorway services and bus depots.  All in all, the most commendable aspect of the Megabus service was the speed at which they were able to refund my fare (which had been refunded before the journey ended!).

Travel traumas not withstanding I did manage to see Shetland in the sun, rain, wind and snow (and not always on the same day!).  I’ve reassured myself that there isn’t anywhere that I rather be to unwind than on Scat Ness. 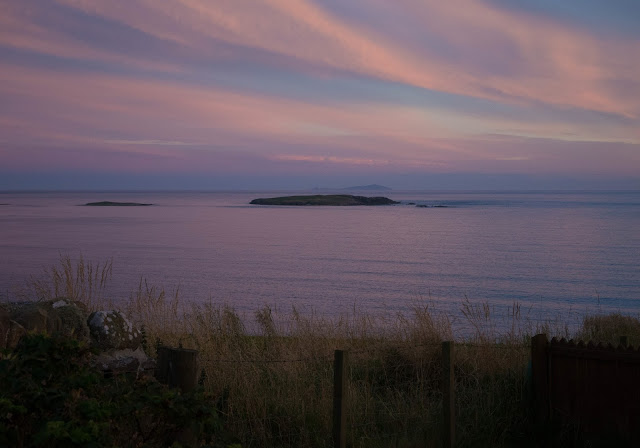 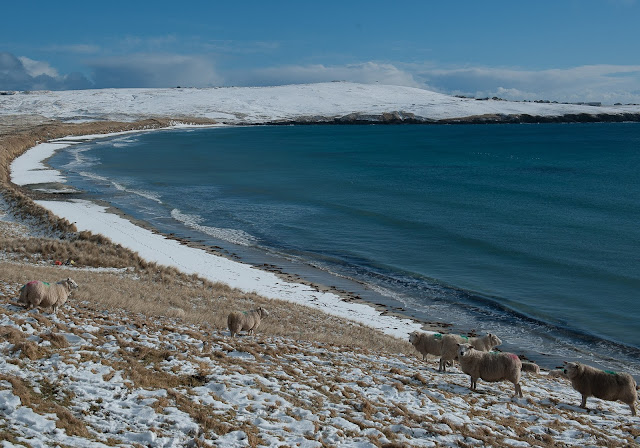 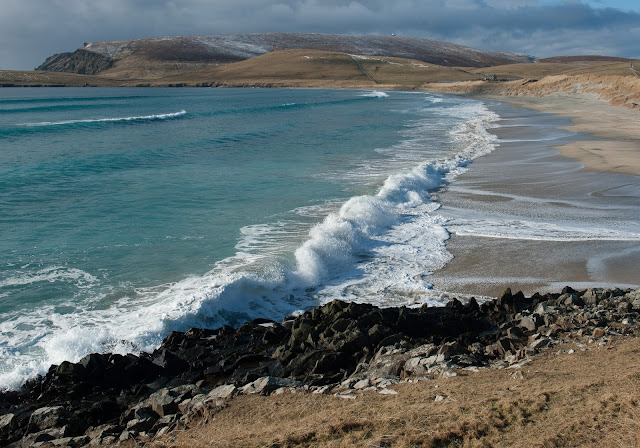 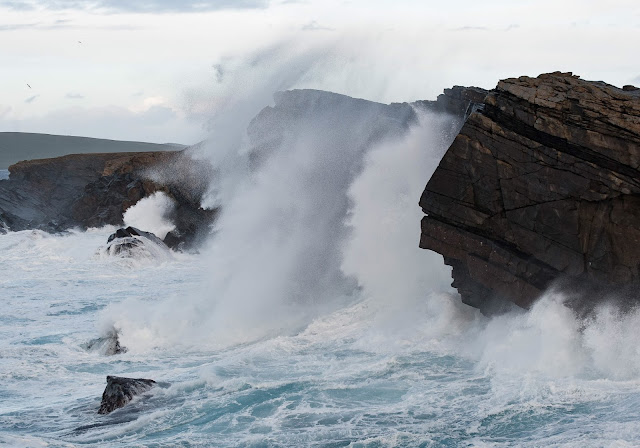 3.  Going from London to Aberdeen by bus.  I’m noting this under “once-in-a-lifetime-experiences”.  I won’t be risking an overnight bus from London again anytime soon.

2.  Wandering the edges of the Tiernsee in western Austria.  Fantastic scenery and great strudel.

1. Flying across the Icefjord en route into Ilulissat on the little plane from Kangerlussuaq.

I have one trip into the Arctic by boat (to Jan Mayen Island, and on north to Svalbard) already in the diary, and have a strong hankering (but no booking yet) to get back to the Antarctic. There aren’t many trips to the Ross Sea, but it doesn’t seem right that I’ve not been on one yet!

I (bus experiences not withstanding) still want to do a really long haul train journey - maybe next year I’ll find an excuse to do the Trans-Siberian railway.

And I really do need to spend a bit more time on Shetland in the next year - this year included lots of short periods in residence so I need to conjure up some longer ones too.

Not quite sure how to work all these ideas alongside my regular visits to Coventry - maybe some creative accounting or teleworking, at least, is needed.

At the end of each year I tally up where my travels have taken me - this year I can (in addition to ‘home’ time in Oxford and on Shetland) lay claim to Ilulissat in western Greenland, Inverness in northern Scotland, Salzburg in Austria - and a surprisingly large number of nights in Coventry.

Over the last twelve months I’ve clocked up 29 nights in the various conference centres around the University of Warwick campus on the outskirts of Coventry.

I’ve spent four nights in the ‘posh’ centres (Radcliffe and Scarman) and the other 25 in the rather cosier little conference centre (Arden).

My Warwick nights are my chance to have a couple of midweek beers (and even occasionally do some blog post writing) without needing to face the commute back down the M40.

Over many years of taking a photo-a-day there have been a number of subjects that have appeared regularly.  In some cases, out of desperation (to ensure that I 'got' a picture of the day) I've resorted to photographs of the cat or of what I've been eating or drinking.

One of the local landmarks I've photographed many times is a distinctive tree in my local park, Bury Knowle Park in Headington.

My favourite picture of The Tree is probably one I took in the snow in early 2009.


In early 2015, one of the big branches finally gave way, but the rest of the canopy remained intact.


Then, finally at some point between February and today (December 2016) The Tree was finally removed.  Not sure why I've not noticed before (I've clearly been taking my emergency pictures elsewhere), but it does feel like there's hole in the Park.