The Siberian Husky Club of Great Britain do this every year in late January – when they run their Snow Rally in the Glenmore Forest near Aviemore. This is the one event in their annual calendar when they really do hope to get a chance to let their dogs run on snow, pulling sledges, rather than the three-wheeled rigs that they pull at every other event of the year.

And this year it almost worked perfectly.

The event had been anticipated by the weather gods.  A few days before the event the Cairngorms had been covered by a heavy dump of snow, and after that the temperatures dropped dramatically, down to about –9C.  This left some beautiful tracks around both the Glenmore and Rothiemurchus estates  - the track surfaces were good, the trees decorated in Christmas-card style and the sun was shining.

On practice day there was no question – teams were running on sledges, and the dogs all looked delighted.  Siberian Huskies (and Alaskan Malamutes, Samoyeds, Greenland Dogs and Canadian Eskimo Dogs) were all bred for life running in the snow and it shows.  The weather on the practice day also made for great photographs too.

Then it all started to warm up, overnight the temperatures rose and by Saturday morning the beautiful tracks had all gone a bit slushy.  On the high parts of the circuit I suspect that the conditions would still have been better on sledges, but on some of the lower parts the snow had gone completely so the organisers had no option other than to order a switch to the wheeled rigs.  This didn’t dampen the canine enthusiasm any. 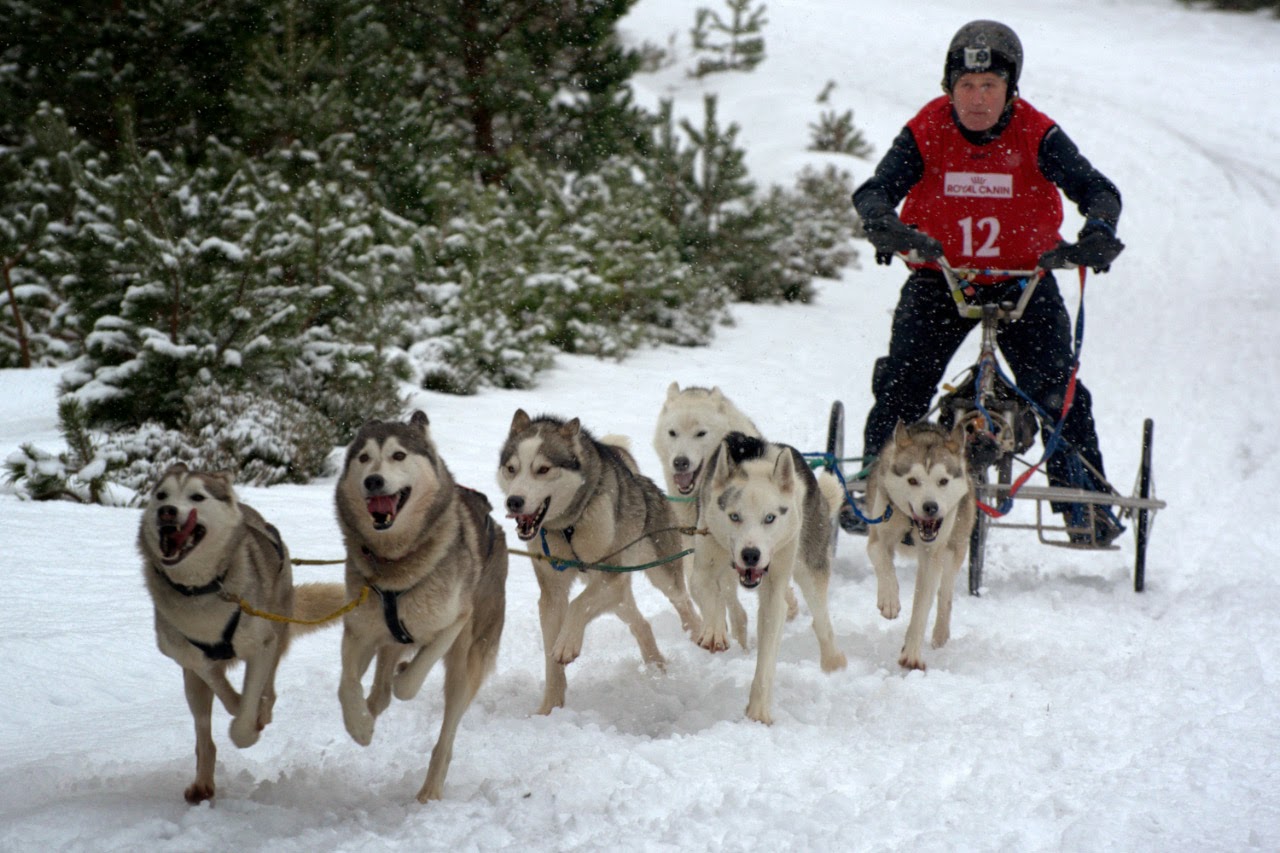 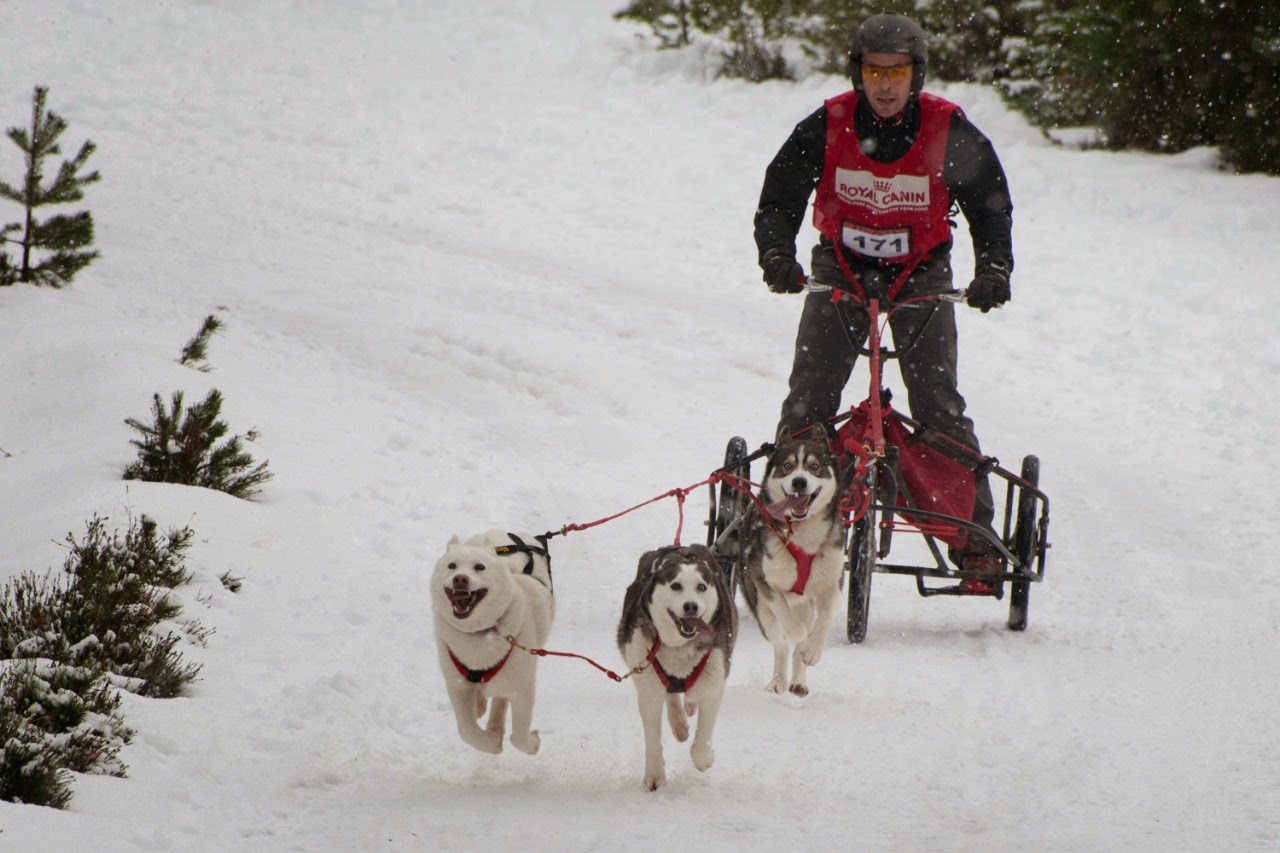 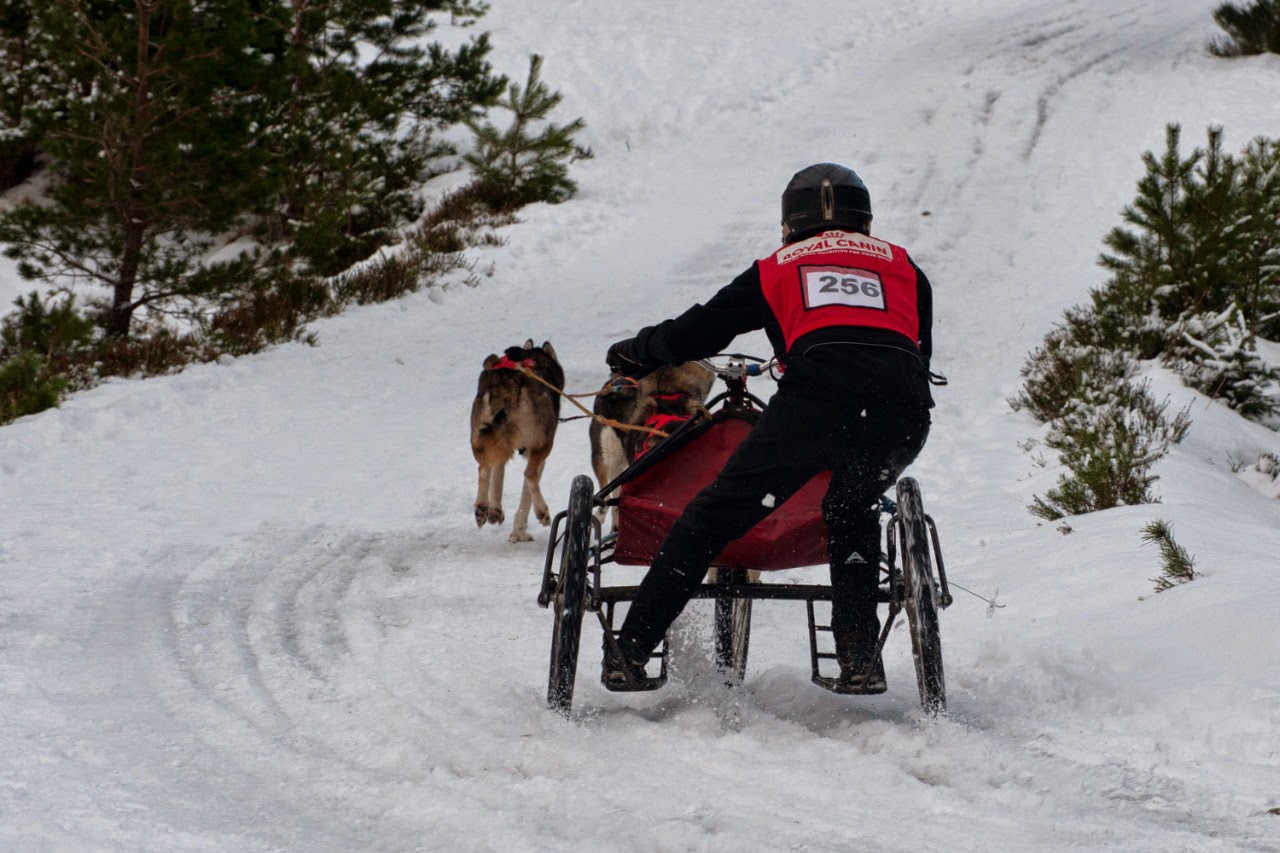 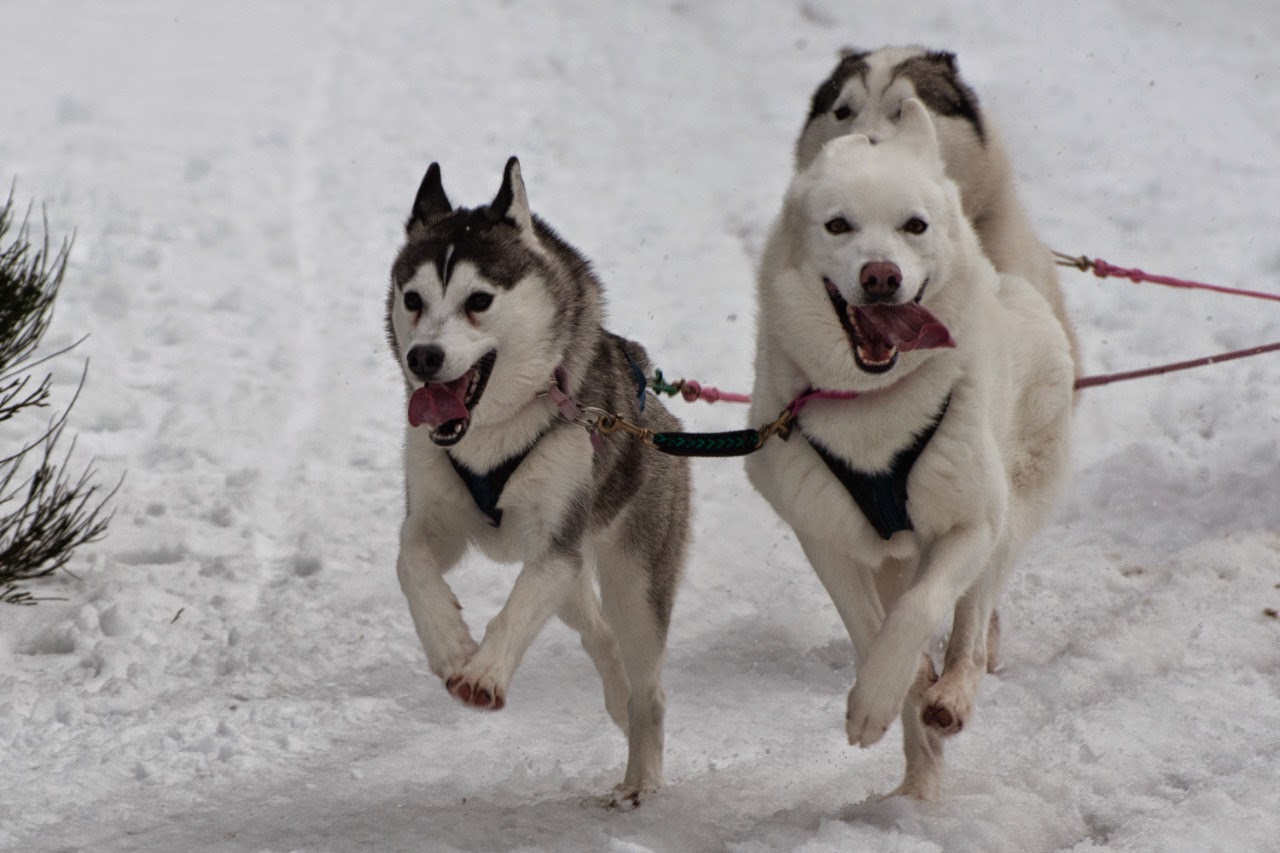 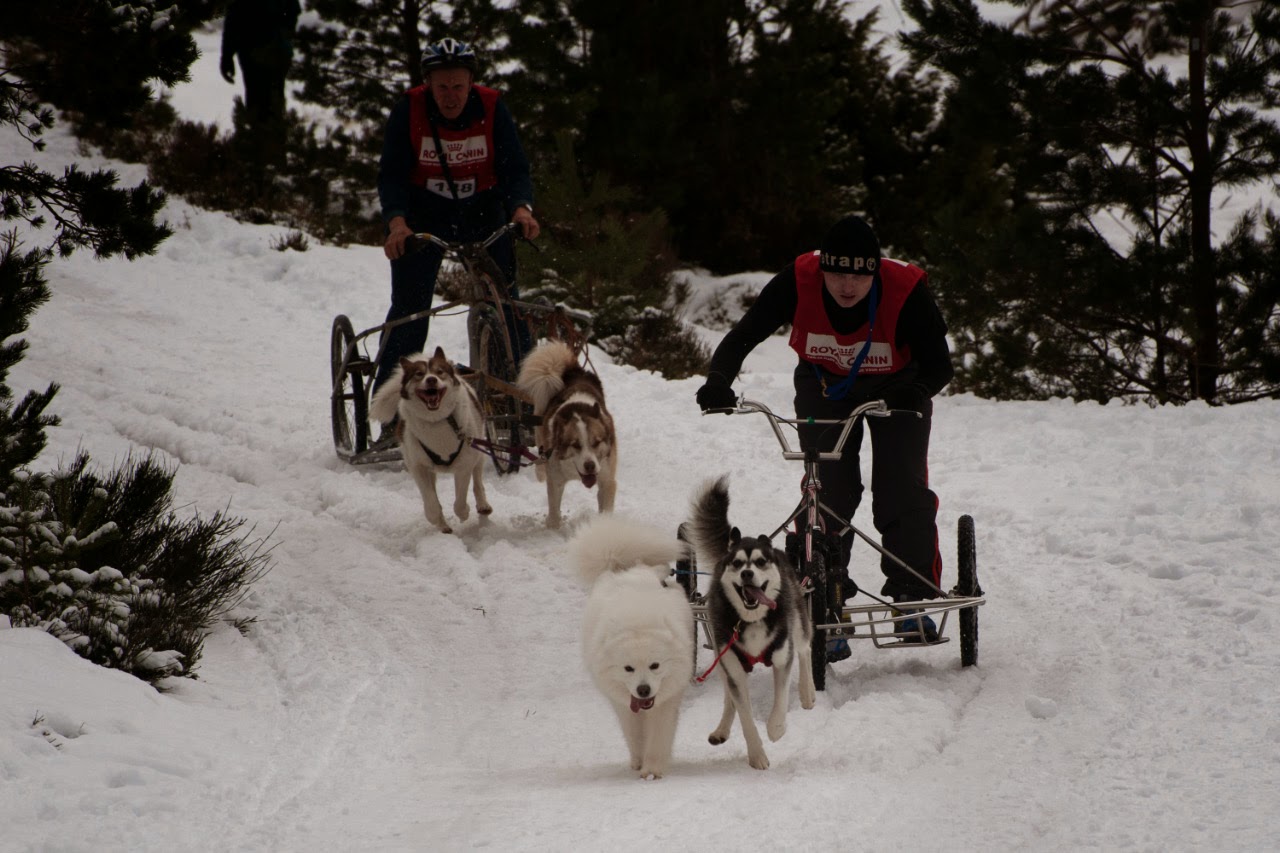 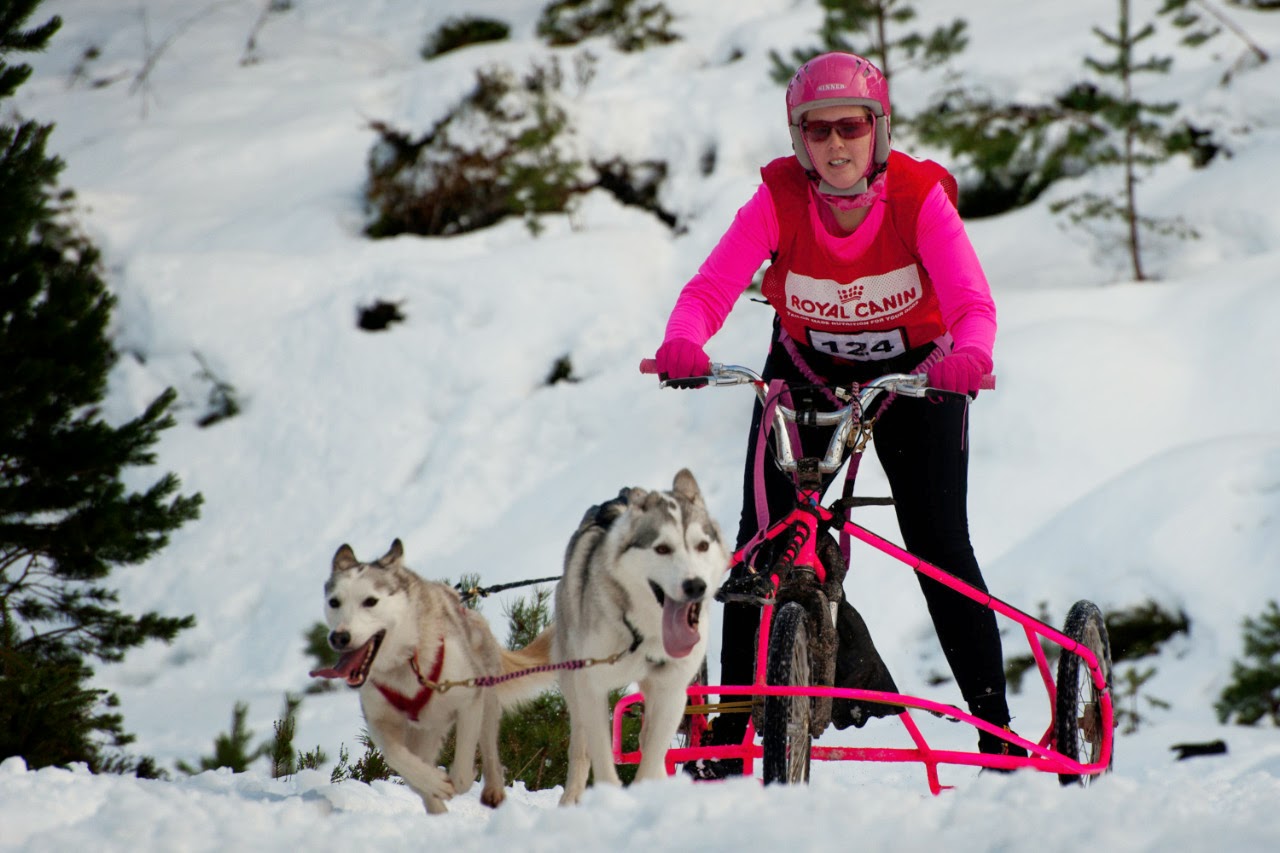 The following evening, the temperatures continued to wander up and down around freezing but there was't any fresh snow to replenish the tracks.  The net effect was to leave even more patches bare, and to also transform the remaining snow on the tracks into ice. The worst combination.  The ice patches were too slippery for the wheeled rigs, and the bare patches meant that sledges couldn’t be used.  This was one of the rare occasions where the organisers were left with no option other than to cancel the days racing.
The Aviemore Rally is a fantastic opportunity to see dogs running, hopefully, in the snow.  I've been to the event before, and I certainly hope to be back again next year.

There are more pictures from this years event on my Flickr site. 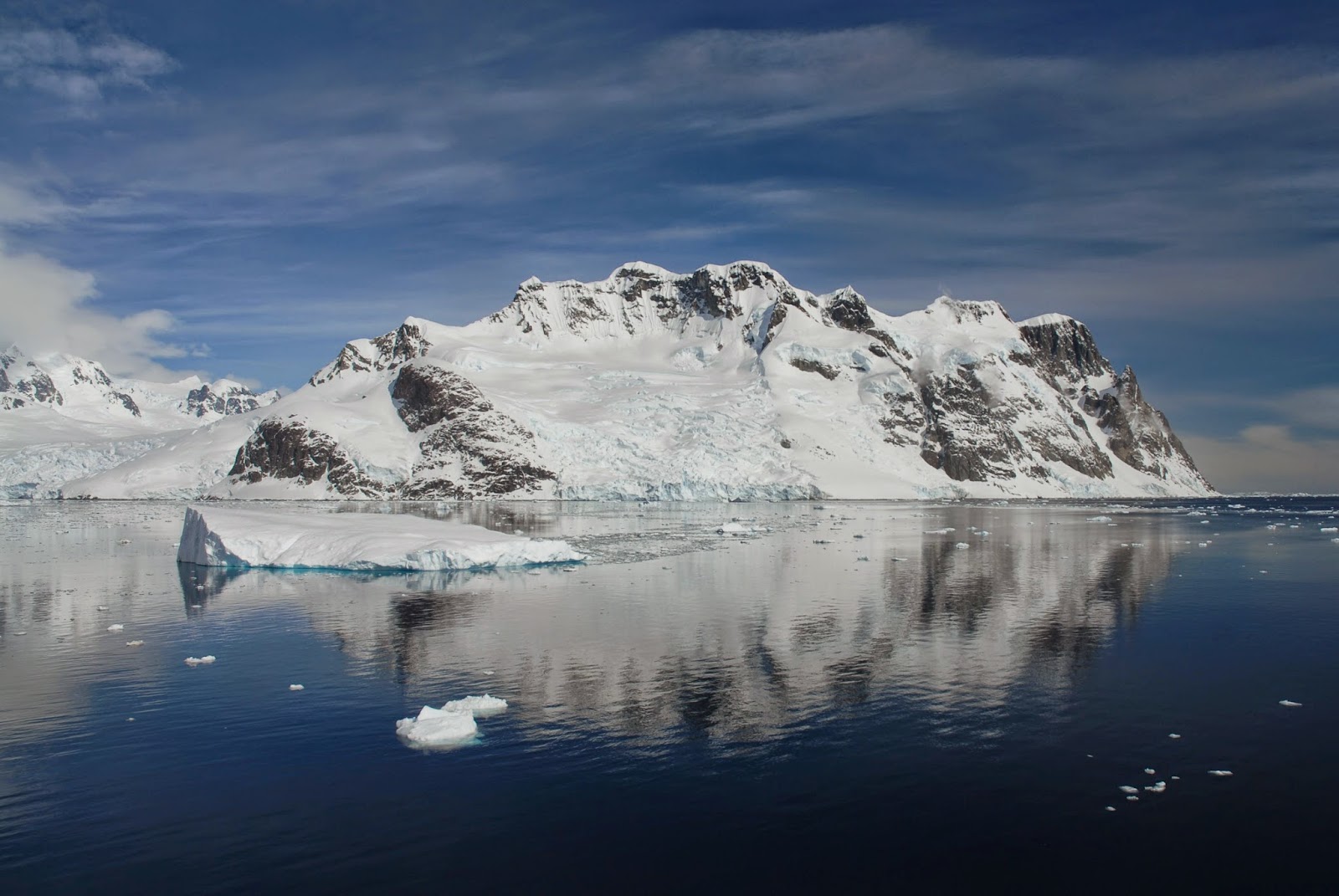 There’s an interesting story on the BBC website today which poses the question “Should tourists be banned from Antarctica?”.

The conclusion, by someone who has been there recently, is a cautious yes, and this is supported by the FCO's head of polar regions Jane Rumble who endorses responsible tourism to Antarctica, and adds the encouragement to “do what you can to preserve it”.

I, too, am in favour of responsible tourism to Antarctica, and I'm very aware that unless people know about the polar regions they aren't likely to put preserving them high on their priority list,  but I do have some reservations about how Antarctic tourism is evolving. 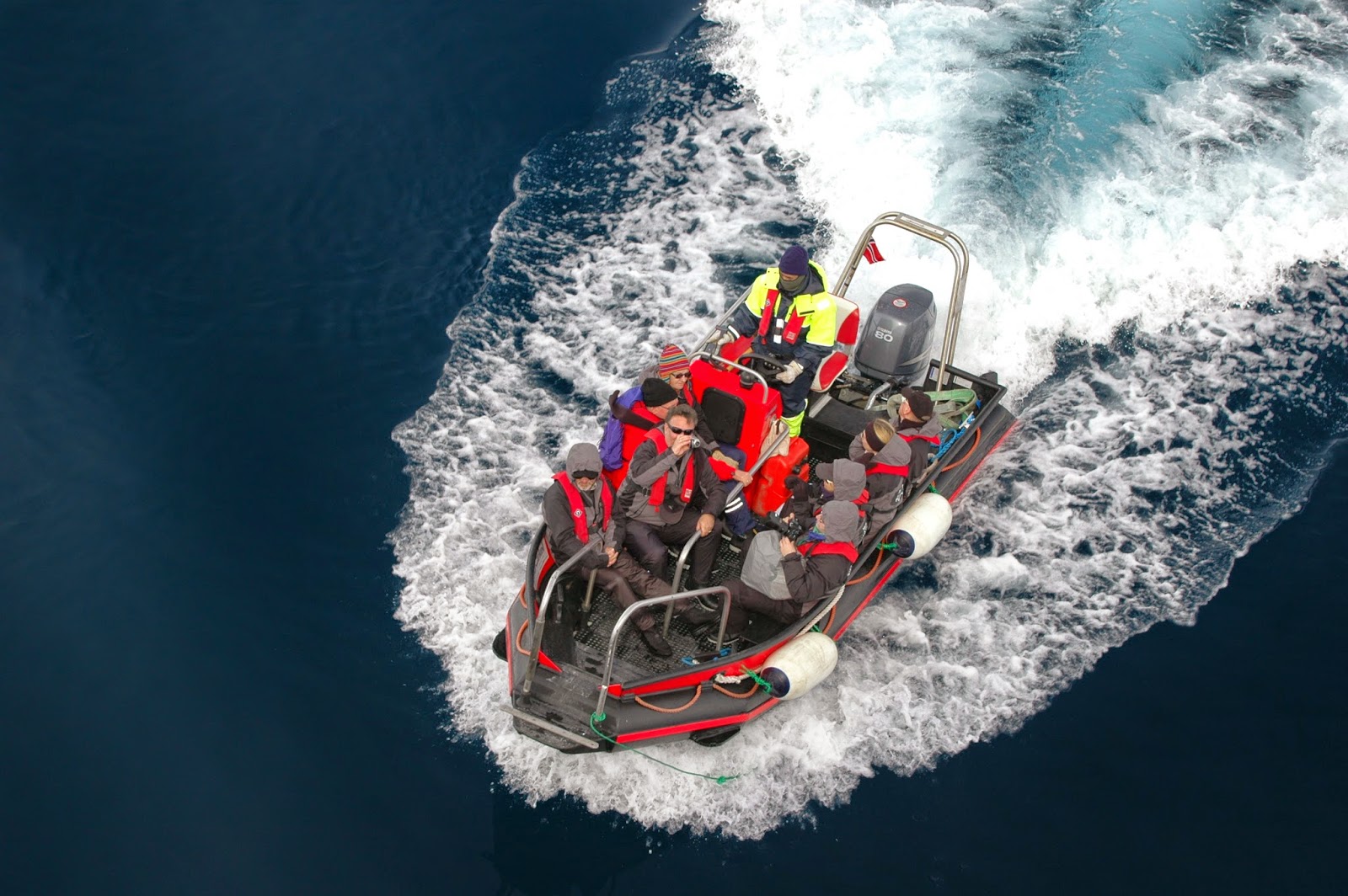 I worry about the growth of activity tourism.
There is a difference between the impact of a
tourist spending a couple of hours ashore taking photographs in a tightly controlled area near a landing beach and the impact of one who is camping or engaging in the various adventure activities often offered.  As far as I am aware the activities offered by the current operators are generally well managed, but the market pressures do have a tendency to encourage operators to offer more and more 'extreme' options each year.

I'm concerned about Antarctica becoming just another notch on the luxury tourist belt – we've done the Safari in Africa, and the Barrier Reef and the Amazon, where next?  One aspect of this market is the gradual move to both bigger and more luxurious boats which provide big cruise ship style comforts but do result in significantly higher price tags.  I also have major reservations about the big boats that have started to head further south adding South Georgia and the Antarctic onto longer South American cruise itineraries.  So far the only problems with tourist boats have been with small boats where it has been feasible to provide rescue by other small boats in the area.  At some point a 500-berth (or bigger) ship will have a problem, and providing assistance to the 700 (or more) people on a boat of that size is going to be problematic.

Having voiced concerns about boats around Antarctica, I also need to voice concerns about the emergence of fly-cruises which allows visitors to cross the Drake Passage without getting their feet (or anything else) wet. There must be more environmental impact in flying down to the Antarctic Peninsula from Punta Arenas or Ushuaia before joining the boat that’s waiting for you in the South Shetland Islands. 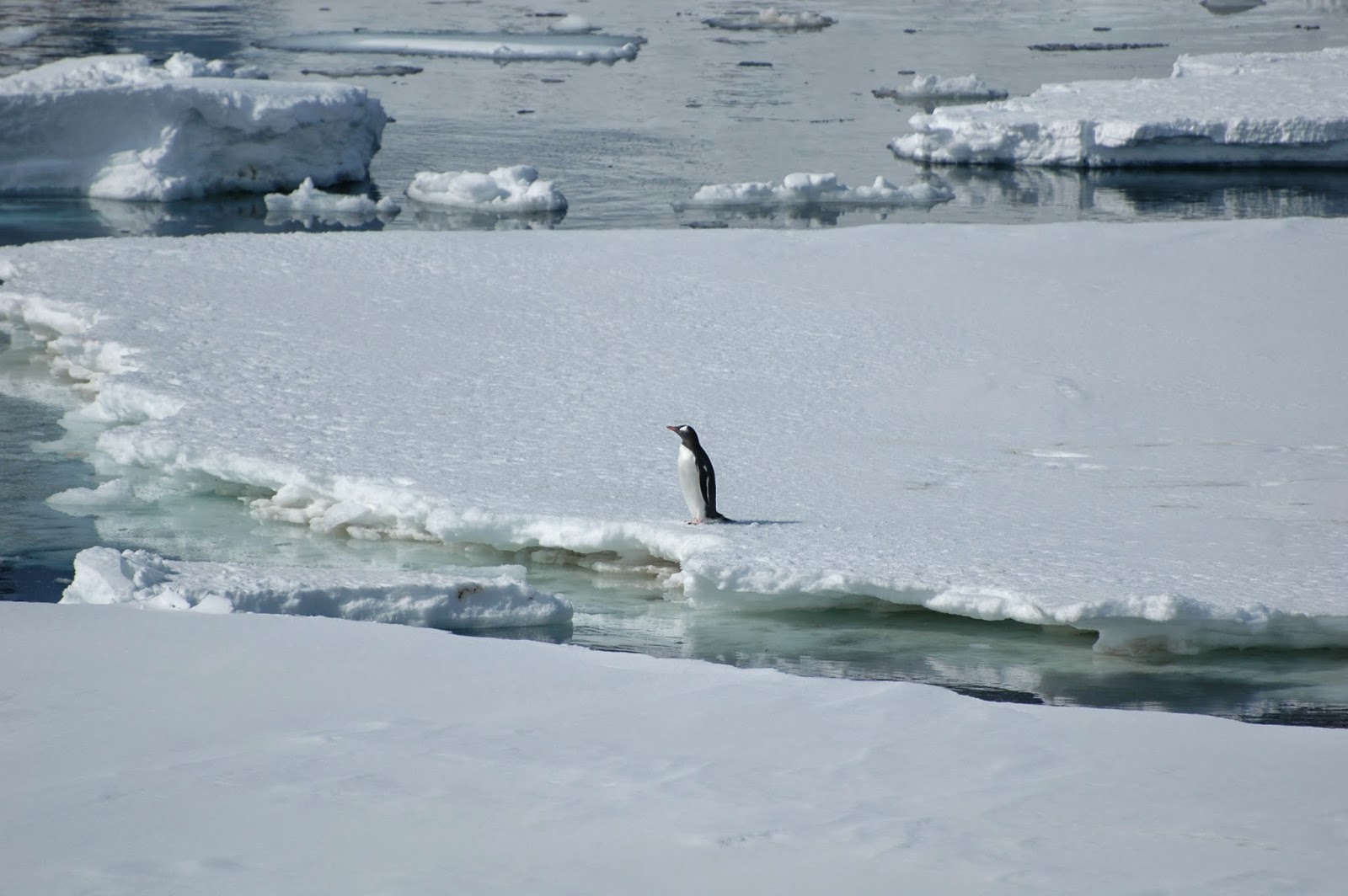 Maybe I'm really just a bit of a polar puritan.  I look for the opportunities to see the wildlife and the landscapes (and ice-scapes), and my criteria for picking a polar trip is based on the time exposed to the wildlife and landscapes.  Provided I get a hot meal every now and again (and somewhere to recharge camera batteries) I'm certainly not looking for fine dining or extensive leisure facilities.

And deep down I think you really should arrive in Antarctica by sea, flying over the Drake Passage rather than experiencing what it can throw at you really is cheating.

I think it’s probably human nature to think in terms of a yearly cycle.  And I just can’t help using the turn of the year as a review point when I look back over the past twelve months and give a bit of thought to the next twelve.

I've given up with the New Year’s Resolution malarkey but it’s still interesting to speculate on the new and continuing projects I’d like to progress in 2015.

This time last year I came up with 7 targets for 2014. How did these pan out?

High points from the last twelve months included the lovely (and moving) experience of seeing my other half being ordained as an Interfaith Minister, the traumatic (and slow moving) experience of starting running again and the rediscovery of how lovely the Lake District is. And I've started volunteering, at least occasionally, with BBOWT.


I've also become increasingly keen about finding ways to use my photography (and enthusiasm) to push the agendas behind habit restoration and rewilding.  I've been able to spend quite a lot of time this year in some of the more remote parts of the UK, and I want to see some of these returned to how they should be, not their current beaten-into-submission state.

I've done much more talking and writing about my pictures than I was doing before – and am enjoying doing both. I've sold a reasonable number of pictures over the last twelve months via the North South Images website, and started to get my Camera School project off the ground too.  And I've done a bit of educational technology consultancy too.

We'll start by carrying over a few things from the previous list.

And some things that weren't there last year

That's a long enough list.  I'll be reporting back both here and via my daily photo diary on Blipfoto,
No comments: