On this blog I usually report on trips I have done - this post is a bit different, it's about a trip I'm hoping to make.

I recently came across a request from the Wildlife Science and Conservation Center of Mongolia looking for volunteers to carry out an initial survey to find out what's been happening to the yellow-breasted bunting. This was until relatively recently a common breeding bird in Mongolia, but over the last ten years has gone from being of  'least-concern', through several intermediate stages on the IUCN lists, to now being listed as being 'endangered'.  The staff at WSCC want to understand why this change has happened, and hopefully what can be done to at least halt the decline and preferably reverse it.

In addition to looking for yellow-breasted buntings I'm also planning to produce a photojournal and a series of limited edition mounted prints from the trip - if you support me you'll be able to get copies of the journal and/or the prints.

There is more information about the project - and about how you can help at  http://northsouthimages.co.uk/bunting/

Updated 14 May 2015:  The organisers have decided that they need to defer the survey until the 2016 breeding season. I certainly hope to be able to take part then, and any offers of support for the trip in June next year would be very much appreciated.
No comments:

My great-grandfather died at Gallipoli in July 1915, he was 28.  This is what I know about him.

In the summer of 1914 Andrew Riddell was working as a wool powerloom turner in the Scottish border town of Hawick.  He’d got married in February 1910, and by 1914 had three small children.  He was also a member of the local Territorial Army, part of the 4th Battalion of the Kings Own Scottish Borderers (KOSBs).

In August 1914, Andrew and his fellow Territorials had headed off for their annual summer camp.  The declaration of war on 4th August 1914 meant a sudden change to plans.  The 4th Battalion of the KOSBs were mobilized and moved to Cambusbarron near Stirling where they spent the next eight months.

In May 1915 they became the 155th Brigade of the 52nd (Lowland) Division and sailed from Liverpool, arriving to join the campaign in Gallipoli in early June 1915.  The initial landings at Gallipoli in April 1915 had marked the start of the Dardanelles Campaign, but six weeks later in June the Allied forces had made very little headway up the Helles Peninsula.

Once the 52nd Division were ashore they were involved in several exchanges including the Battles of Gully Ravine (28 June – 5 July) and Achi Baba Nullah (12th July).  A number of the contemporary reports talk about the second of these being successful but resulting in substantial casualties. My great-grandfather was one of the casualties.  In total some 14,000 men were killed or wounded in this exchange – 4000 from the Allied ranks and 10,000 on the Turkish side – as the Allies temporarily advanced about 350 yards.

While there was certainly very good reasons for deploying Territorial groups together, the downside was that when there was large numbers of casualties it would have a major impact on individual towns or communities.  In the battle on 12th July there were almost 100 Hawick men killed on the same day – and most of these disappeared without trace. My great-grandfather was wounded and died shortly after the battle, on Tuesday 13th July 1915.  He was one of the few from Hawick who was buried in a marked grave.

In Hawick a memorial service has been held every July since then to mark the loss of so many local men in one day.  In 1965 a small group of survivors travelled back to the Helles Peninsula to commemorate their fallen comrades, in 2015 a group from Hawick will again travel to the site of the battle to commemorate the occasion.

I've not yet had the chance to visit the Helles Peninsula, but will one day.

April in the Mountains

Another month - another wander along the Lairig Ghru to see what's changed.

When I was planning this project for the year I had some preconceptions about how the walk might develop as the year went on.  In January and February, I had pretty much expected to get beaten back by the weather (and I was - by snow in January and by wind in February).

March came as a bit of a surprise. I hadn't expected to get to the top of the Lairig Ghru quite so early in the year - but I got sunshine and still air, and good snow to walk on near the top of the pass. There was more about this walk in last months LG post.

Having used up my weather luck in March I booked my April visit to the Cairngorms fully expecting to get seriously rubbish weather, and probably pretty difficult conditions underfoot. That isn't quite how it panned out.


Down around Loch an Eilein at the start of the walk not too much had changed in four weeks - the green on the trees is a little more intense and there was a lot more bird song in the air.

The differences did become more dramatic as I climbed up slowly through Rothiemurchus forest - where last month it was difficult to pick out the dead trees from the living ones that just hadn't got going yet, this time it was really obvious.  The dead trees are still barren, wind blasted and white, and the live trees are a vibrant green.

Lochan Deo in January was covered with a thick layer of ice, in March it was a mysterious black lochan, but by April it was starting to fill with reeds - I'm guessing that in a couple of months time it won't be obvious that there's a loch here at all.


Slightly higher again, the banks of snow that were around last month have now receded higher and higher up the pass.  It's only in the last few hundred feet that there is still enough snow to walk on, mostly there is just little patches between the rocks.  Ironically the melt has made the walking harder - last time there were smooth snow banks to walk up, this time I needed to pick my way from rock to rock trying to figure out which piles of rocks are waymark cairns, and which are just piles of rock.

Next month's walk is going to be very early in the month, so I suspect there might still be a little bit of snow around, I also suspect that my weather luck might be on the point of running out.

Long long ago I used to visit Liverpool regularly.

My first serious involvement with elearning was as part of the MATTER Project based at University of Liverpool.

This was a consortium of universities (including Oxford, Southampton, Cambridge, Birmingham, Manchester - and the OU - and others I’ve probably overlooked) developing computer-based resources to support undergraduate materials science teaching, and we all used to troop up to Liverpool on a regular basis for progress meetings.

This was so long ago that we used to think it was pretty cool to string AppleTalk cables from table to table on the train so that we could move files between Apple Powerbook Duos.

Sitting in my hotel room I was reflecting on how far things had evolved since the days of the MATTER project (actually about 20 years ago).  The learning materials were built using Asymetrix Toolbook and shipped on a CD-ROM (which supported Windows 3.1, Windows 95 and Mac System 7).  And there was never any suggestion that students might want to collaborate with each other, although we did provide plenty of self-assessment questions.  A glimpse of the facilities offered by Moodle today (other learning management systems are available) would have provoked profound shock, and questions like "will it run on 486 processor?"

Other things that have changed in Liverpool over the last 20 years too, specifically the Docks area of the city and apparently the weather.

In the mid-90s I clearly recall walking on numerous occasions between station and University and it was always either sleeting or raining.  This time Liverpool offered cloudless blue skies.

In the mid-90s I never even contemplated venturing down to the Docks.  This time I did, and there are some photographs to prove it. 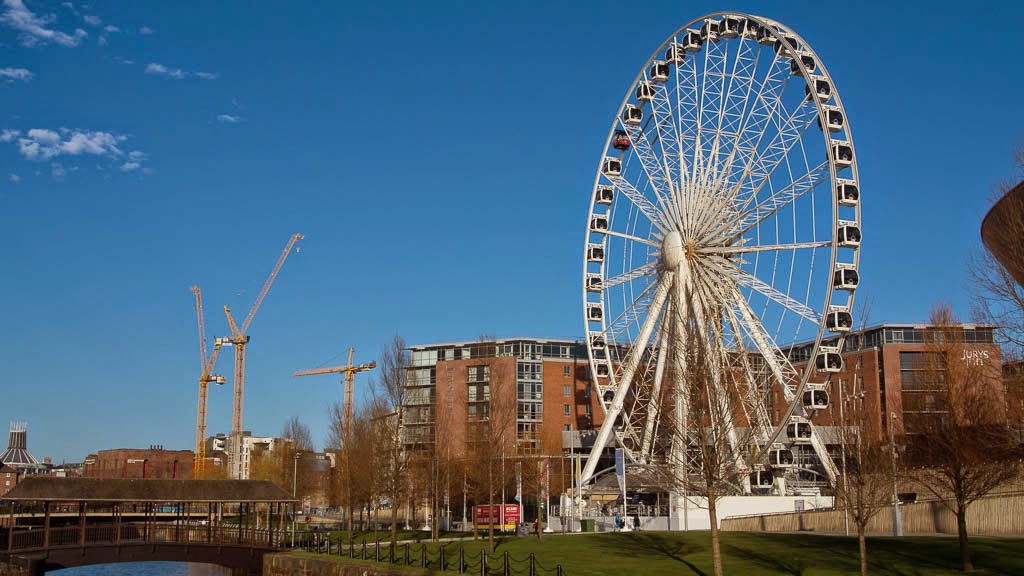 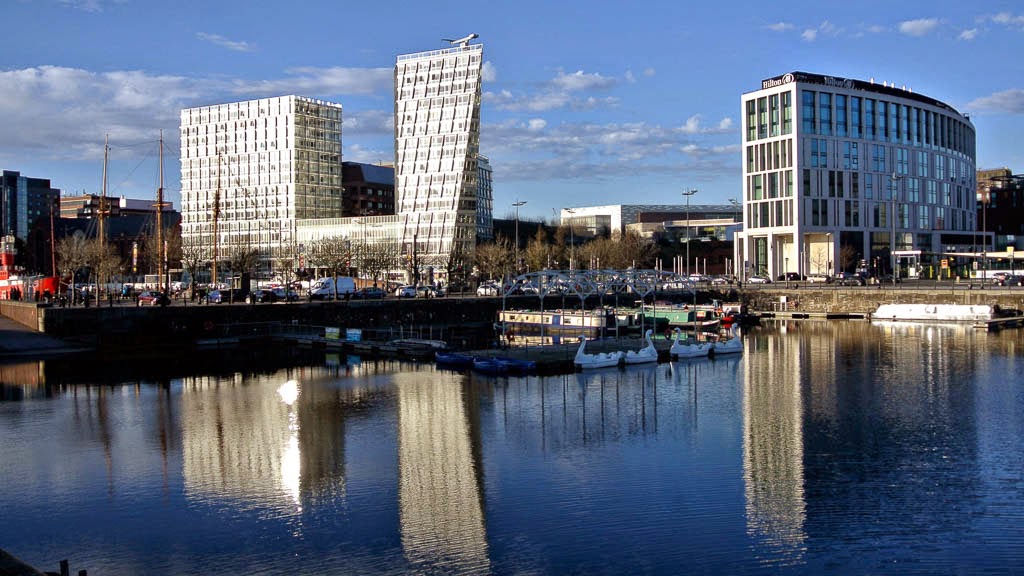 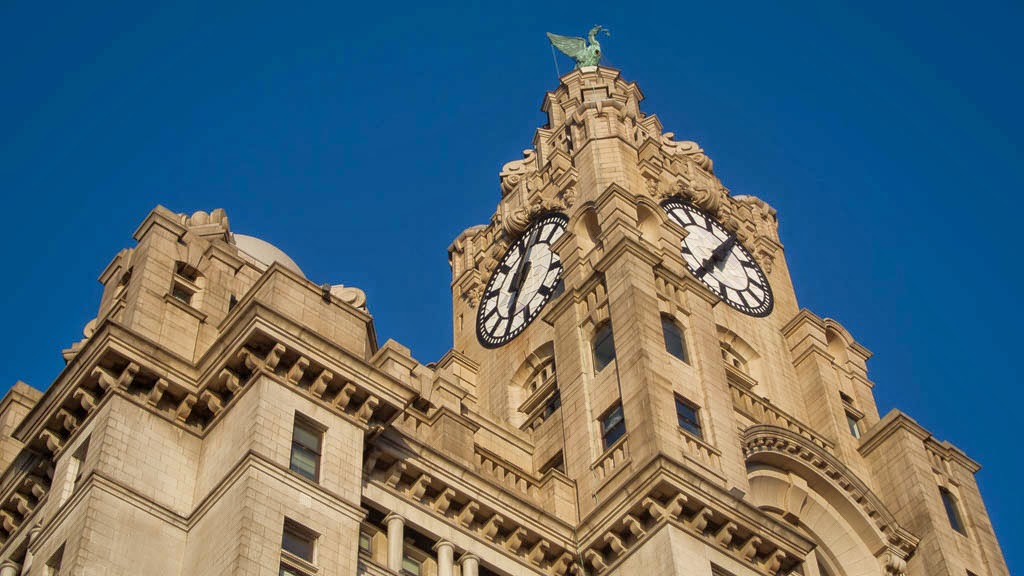 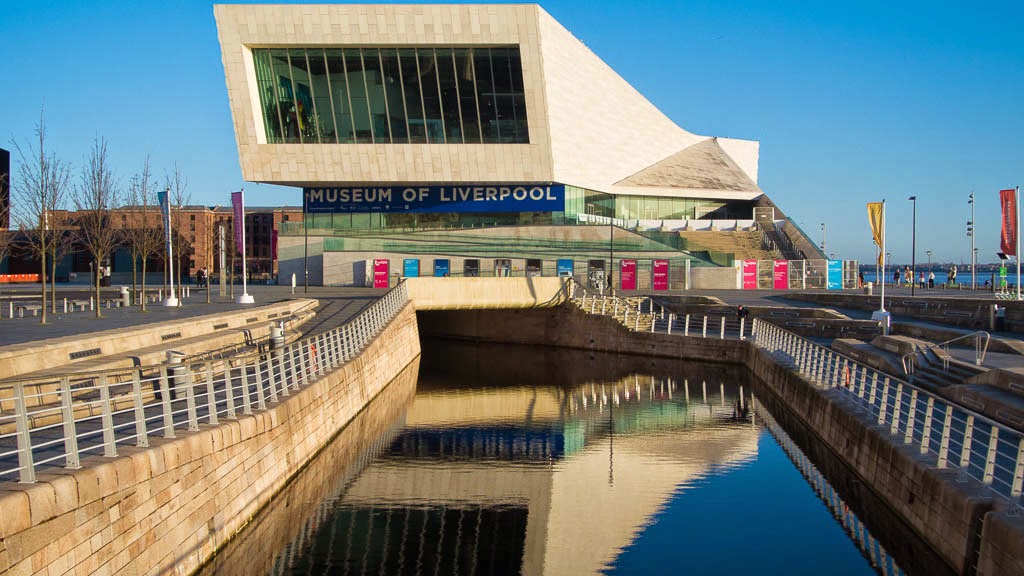 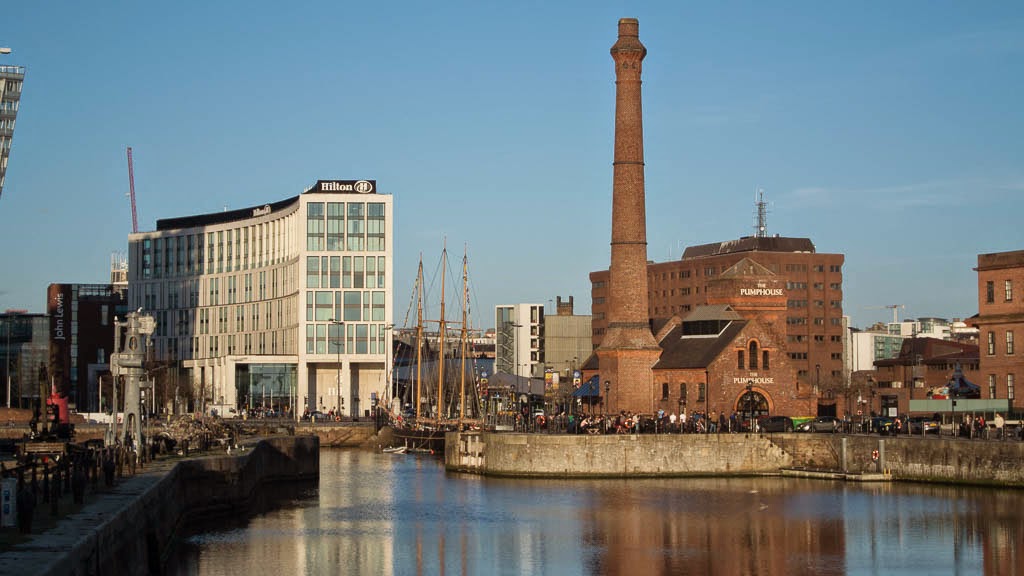 Amazing how things change in 20 years.

My last trip north, for a quick walk up the Lairig Ghru,  was almost exactly 60 hours from leaving the house in Oxford to parking the car back there again. I thought this trip needed to be a bit longer. It was. 90 hours in total.

That was just enough time to fly up to Shetland seeing the delights of four airports on the way north (Gatwick, Glasgow, Edinburgh and Sumburgh - a convoluted journey involving being driven in a limo between Glasgow and Edinburgh Airports), to walk on several of the beaches at the south end of Shetland, eat marginally too much chocolate to mark the end of Lent and to fly back to southern England (by a slightly less circuitous route).

Spring appears to be arriving late on Shetland this year - there are a few of the regular cliff-nesting birds around, the fulmar are always early to claim their spots, but the big numbers of puffins, guillemots and razorbills aren't yet in residence.  The next couple of weeks should see that remedied.

Shetland might not have been quite basking in the temperatures that places further south were seeing, but the winds were remarkably light and there were even points where it seemed safe to shed ones woolly hat - and most importantly of all the Fair Isle test was passed.

Next trip north will be longer!

There are a few other pictures from this visit on Flickr.
No comments: