Having blogged about my local patch (the CS Lewis Community Nature Reserve), I thought I'd turn my attention to one of the local long distance footpaths in my (southern) neck of the woods.

The local options here are The Ridgeway and The Thames Path - I opted for the later.

My experiences of the bits of the Ridgeway are that it can get very, very muddy at this time of year (and to make things worse it can get very chewed up by vehicles), maybe I'll get back to that a bit later.  Mind you the Thames Path can also get very muddy too, and it has the added attraction of flooding.

I've been exploring the Thames Path via a series of day walks from Oxford - so far I've done four days walking down stream (as far as Reading), and two days heading up stream (to Lechlade) - in each direction using either buses or trains to get to/from the path each day.   I've done just over 70 miles of the official 184 miles.

From East to West:  Reading to Pangbourne

Path from Caversham Lock, under the Reading bridges and out of town along the Thames Side Promenade, squeezes along the river bank below Tilehurst Station then from Marpledurham Lock along the tow path into Pangbourne.

Across Whitchurch bridge, then uphill away from the river before dropping back into the lovely Hartslock Wood (walking high above the river).  Then back to the riverside and as the Thames turns north and on to pass between Goring and Streatley (at this point the Thames Path is on the west back of the Thames and the Ridgeway on the East).  The Thames Path snakes it's way through Moulsford and behind the school before passing the riverside boat houses on the run in towards Wallingford Bridge.

This bit of the path mostly sticks tight to the river bank (except through Shillingford) as it follows the meanders through Preson Crowmarsh, Shillingford and Little Wittenham, occasionally swapping from left back to right and back again.  Swinging due west then back to the north again then finally east on the way up to Abingdon Bridge.

The river all seems more contained along this reach - passing house backs and the Radley boathouses on the way back into the numerous Oxford bridges.

The river sneaks it's way north through town - past the Head of the River and the train station before finding it's way out into the wide open spaces across Port Meadow up to Godstow Abbey. Then as alternative paths (Shakespeare's Way and the Oxford Canal Walk) continue North, the Thames and it's path make a decisive turn to the west - via Swinford Bridge and meandering (via some distinctly flood-ready reaches, requiring minor detours) through to Newbridge.

The Thames gets significantly narrower as it it works it way through to Lechlade, and in places very flooded (at this time of year) - finding alternative routes is now part of the navigational challenge.  And we get to go past the final sets of the locks on the river finishing with St John's Lock just outside Lechlade - these locks are now home to Father Thames himself (he used to sit closer to the source about another 25 miles west.

All these chunks of the Thames Path are readily doable using local buses and trains. Downstream from Oxford the start/end points are serviced by frequent buses (except Pangbourne, where the train is easier).  Upstream from Oxford (at Newbridge and Lechlade) the buses are rather less regular - and it helps to know the timetable and to keep an eye on the time as you get to the end of a walk!

It’s good to have a local patch.  The place nearby that you go to as a stand-by when you just want to spend a bit of time outside.   When I’m in Oxford,  the C S Lewis community nature reserve is my local patch.

The reserve is managed by BBOWT (the Berks, Bucks and Oxon Wildlife Trust), and it’s used by lots of local folks.  Some for their fresh-air or jogging fix, others for dog walking and some just as a short cut through to Shotover Country Park.

The reserve was once, long ago, C S Lewis’ back garden, and his house ‘The Kilns’ still sits in front of the reserve.  Several houses have appeared on other parts of the old garden as the years have gone by, but it’s still fun to think of C S Lewis wandering on what is now the reserve as he conjured up the ideas for Narnia.

There are a couple of Victorian-era clay pits in the reserve - both now water-filled - that provide a lovely habitat for a reasonably good range of birds - on a good day you’ll see mallard, moorhen and coots and lots of small birds in the trees above the ponds.  On a really good day the local heron and kingfisher will put in an appearance too.

Although I’ve lived near the reserve for close to 30 years, it’s really only over the last 7 or 8 years that I’ve been visiting regularly, and for the last 3 or 4 I’ve been involved in at least some of the fairly regular volunteer work parties that meet 5 or 6 times each year.

Here are a few of the pictures from my collection… 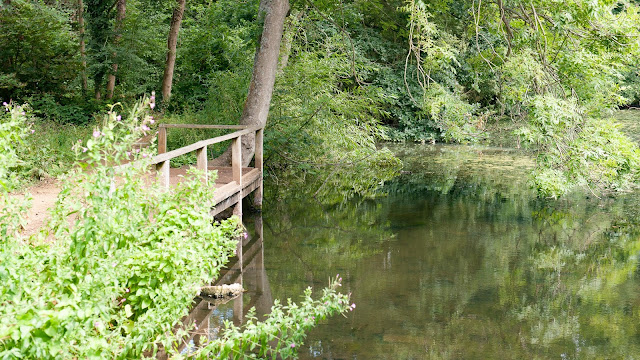 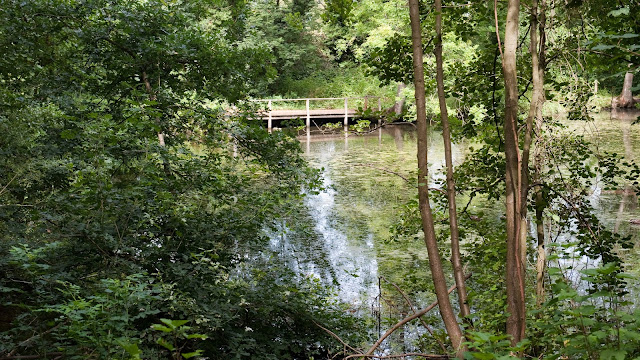 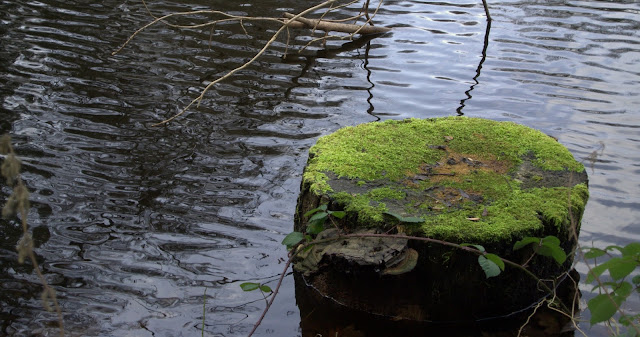 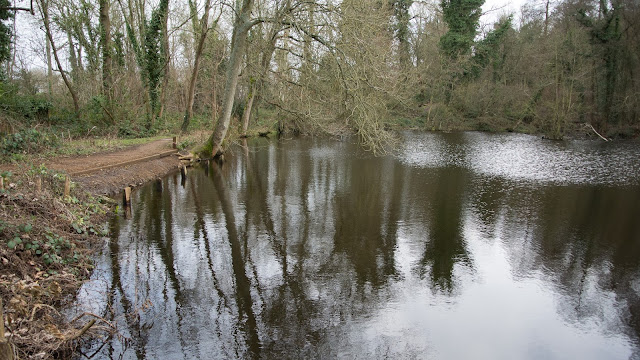 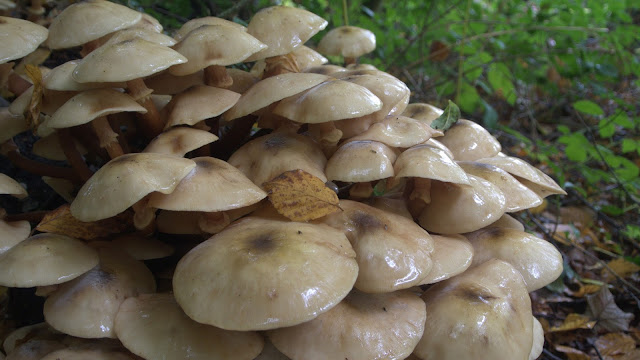 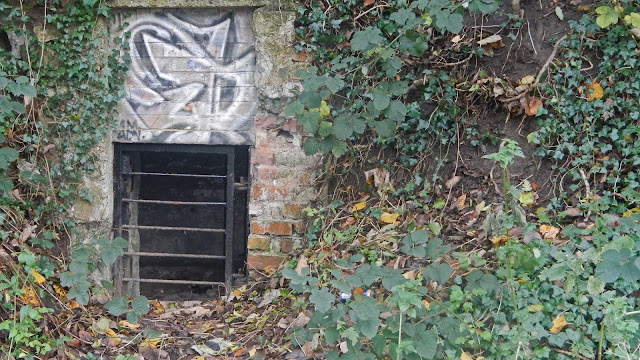 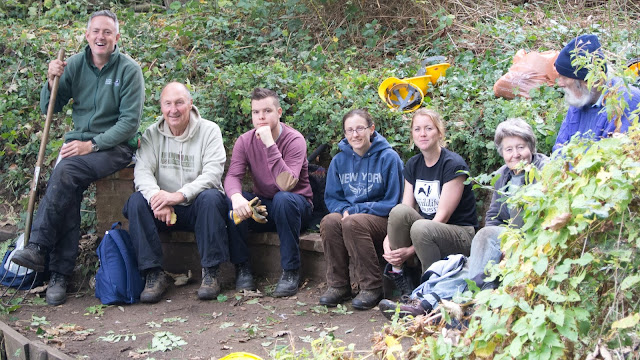 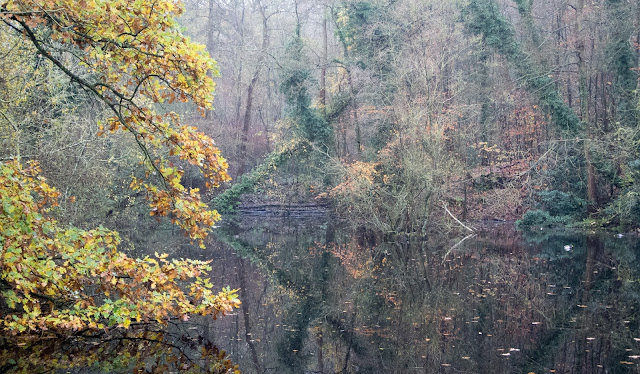 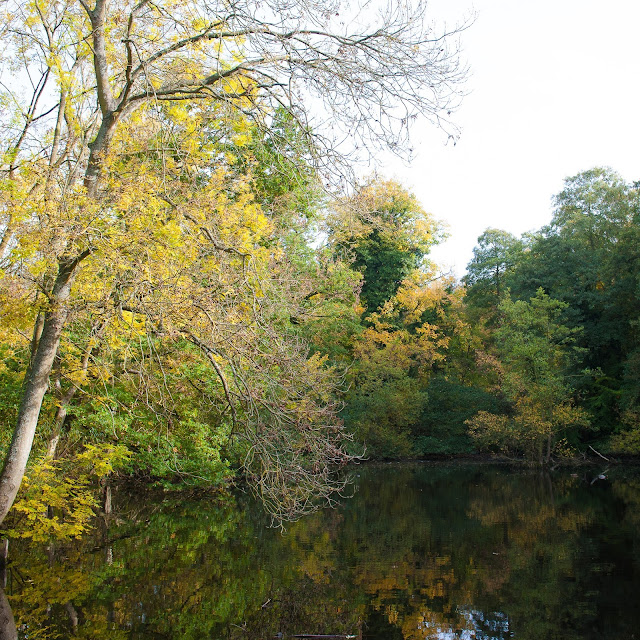 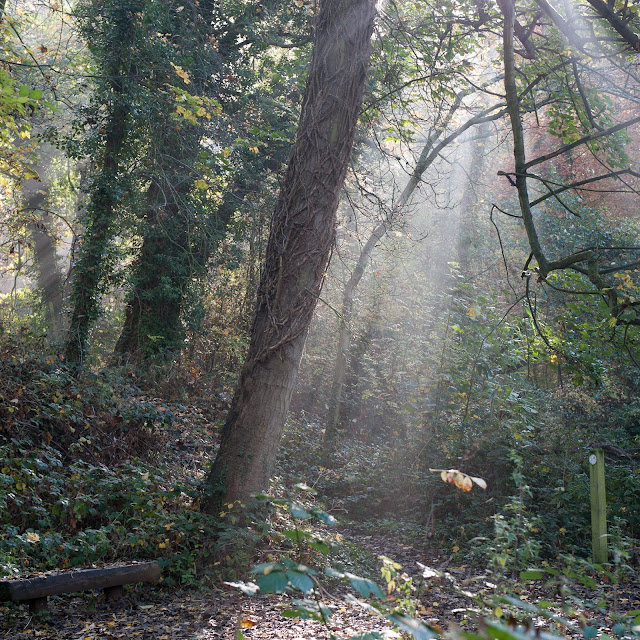 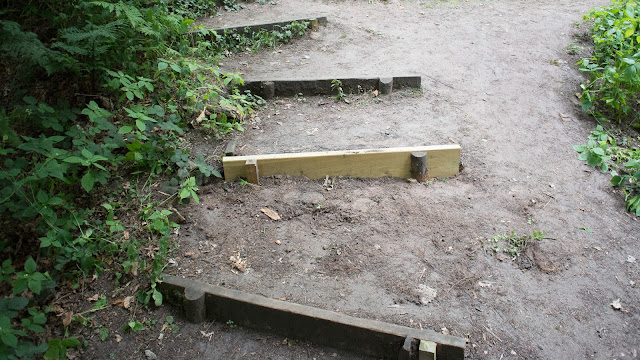 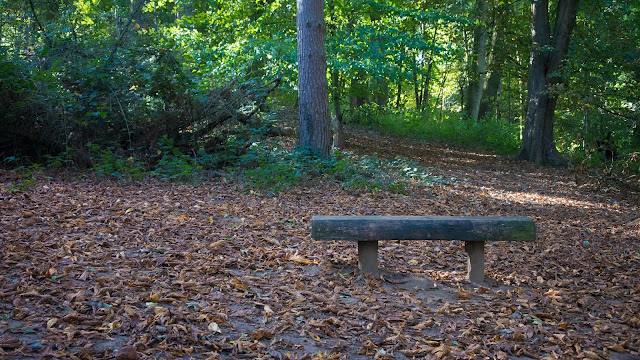 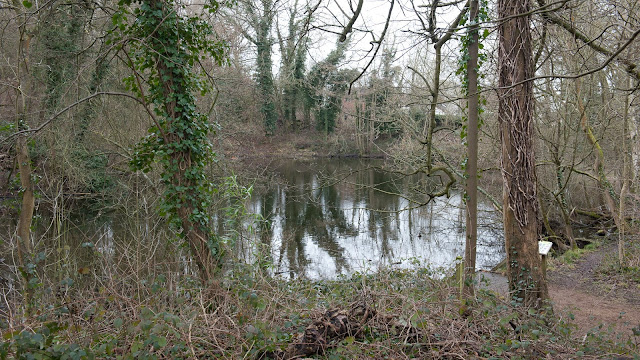 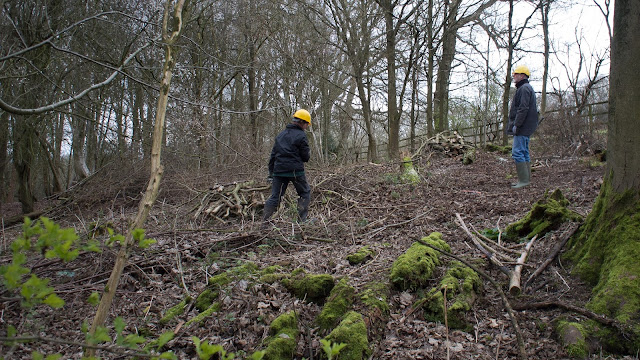 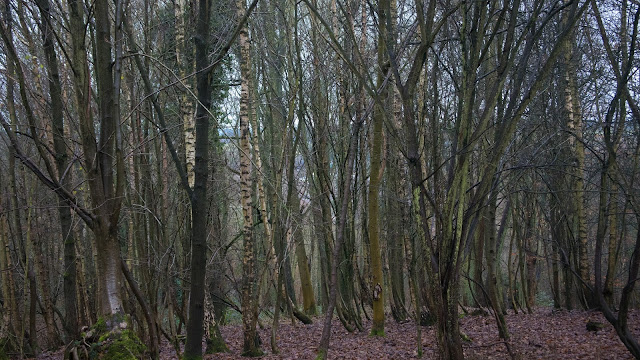 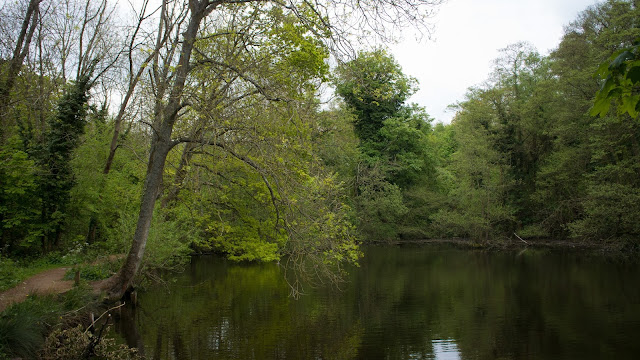 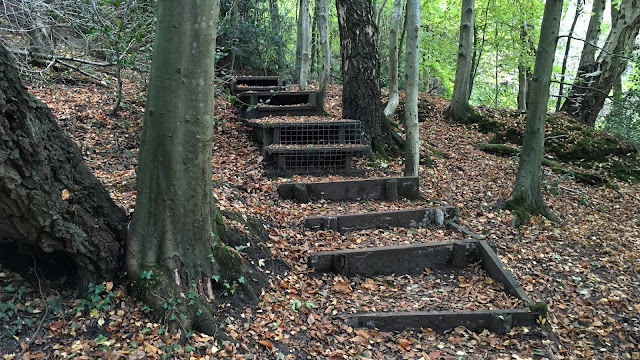 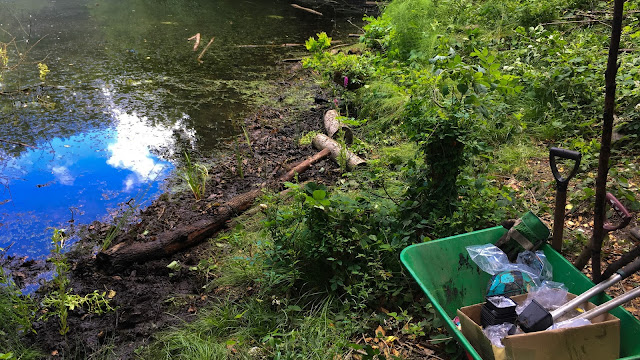 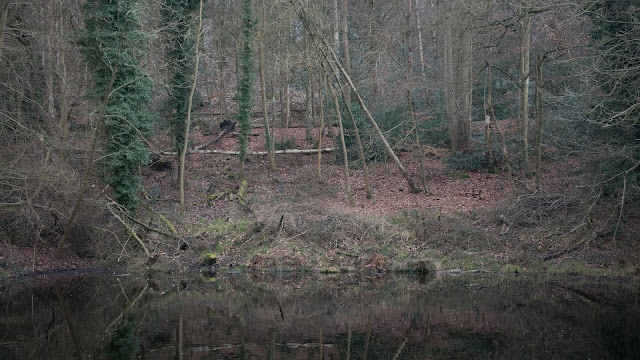 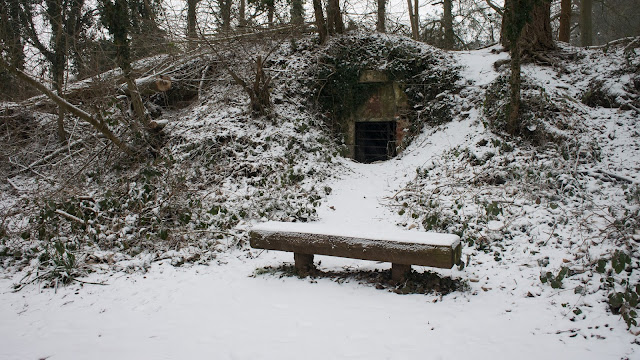 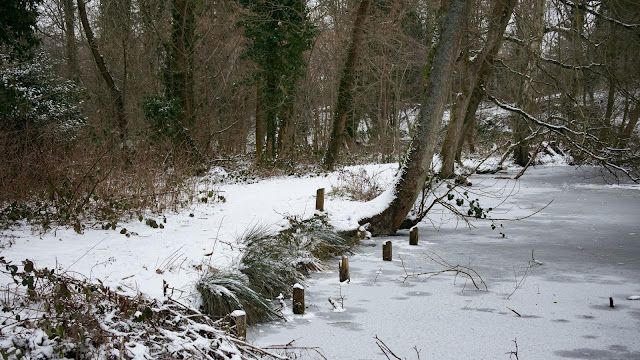 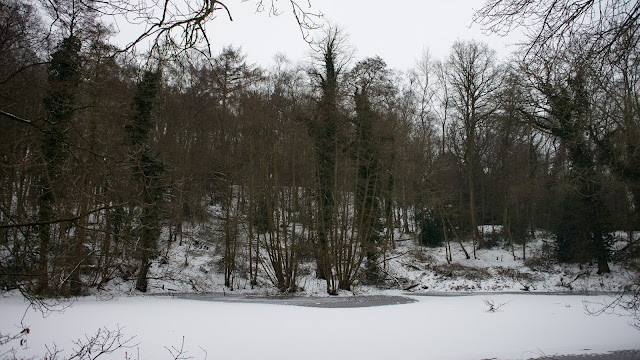 I don’t often do cat posts here, but just occasionally it is needed.

We first encountered Moff and Koop at the Oxford Animal Sanctuary just over a year ago - and they came to stay with us at the beginning of March 2017, so we’ve just got to their first adoption-day.

These two, we think they’re siblings, were c.19 years old when they moved in with us, so they were already well into the geriatric age range.

They had lived with an elderly Oxfordshire couple and M & K really didn’t take well to life in the hustle and bustle of the Animal Sanctuary.  Most of their time was spent hiding under things or eating.  Our first tasks were to encourage them to come of hiding and to lose a bit of the excess weight.

The first few days were challenging - much of our time was spent trying to figure out where the latest hiding place was and they always hid in different places (being siblings doesn’t mean they like each other!).

Once we’d got past the staying hidden 24 hours-a-day phase, we gradually introduced (or re-introduced) them to Outside.  Again, this was a bit of a shock for them - probably sensory overload!

But over the months they’ve both spent more and more time out of hiding and whenever they get the chance, and it's warm enough, around the garden too.  They are both past the climbing-fences stage of life, but they do know that the garden is their territory and any visitor from around the neighbourhood soon gets escorted off the premises.

I’m not sure they are ever going to be lap-cats, but they do like to sit as close to you as they can without climbing onto you.

It really has been a delight seeing them emerge from hiding and to appear to be enjoying life over the past 12 months.


And, yes they have both lost weight!  And we still don't know where the names come from, but they seem to suit.

When people find out that we have a house on Shetland, one of the first reactions is often something like “I expect you spend time there in the summer”.  The expectation being that since it’s a long way North it likely to be a snow-blasted near-Arctic wilderness where the locals get periodically polished off by marauding polar bears (except for the ones that are polished off by other locals, see Jimmy Perez for further details).
And truth be told, there are occasional winter days where the place does feel like a snow-blasted near-Arctic wilderness. But they are pretty rare. Yes, it can be a seriously breezy, and fence maintenance is a regular local pastime.
However in the depths of winter you can get splendid weather just as you can get rubbish weather at other times of the year too.

One of the reasons I like being on Shetland in winter is for the days between the storms - I've included a few pictures that give a flavour of Shetland at this time of year.

There are more pictures from this Shetland trip on Flickr.