I suppose I've been a bit cautious about getting big prints made from my photographs.

In the past I've tended to get prints made at either book size or a little bit bigger, and for the exhibition at the Jam Factory I had a lot of prints made up in12x8 inch formats.  These images look good in a household setting, and when framed it's not too hard finding a suitable sized bit of wall space.

However, in an office or gallery setting, images at this size can look a bit lost, and when I came up with the idea of putting some images outside for my Artweeks exhibition, it forced me to think about bigger images.

First step was a small batch of images printed up at 24x16 inches - these work fine, and mount up nicely in standard 50x70 cm frames (always good to get a healthy mix of imperial and metric into the same project).  But that still doesn't feel quite big enough for outside use.

Next step was to find someone to print up bigger images, and do them in a format that isn't going to need a big frame, and in a form that can cope with the vagaries of the British weather.  The Artweeks exhibition isn't until May, but I'm not putting any bets on the rain having stopped by then.

After a bit of investigation I turned to printed.com in Northumberland.  They've made up a set of A1 (840 mm wide) display boards for me, with the images printed directly onto a 3mm thick Forex substrate, then laminated.

These images look fantastic.  The colours look really bright, the images are very sharp and on first test at least I think these will be able to cope with May showers in Oxfordshire.  I think I've got space for four more images in my "outside gallery".

I wonder how much bigger I can go. Next step, renting an advertising hoarding somewhere?

I've been experimenting with getting closer.

Over the last few days I've been picking some of the pretty faces from my wildlife collection.

When photographing wildlife I usually try and capture the whole creature so that the image includes some context or background along with the animal itself.

Sometimes this tells a complete story, why the animal is doing what it is.  In other cases the image tells too much of the story, these close ups don't tell the whole story, they leave you to fill in the rest.

The images here will be part of the collection that I have on show during Oxford Artweeks in May 2014.  If you really can't wait that long, and happen to be in Oxford, some of the these images are on show in Coco Noir - a splendid little coffee shop and chocolatier on the London Road in Headington.
No comments:

Despite my pre-occupation with things digital, from pictures to e-books to audiobooks, I do have an unfortunate book buying habit.

My shelves are creaking under the rows of guidebooks, travel writing books, bird watching books and photography books. And atlases.  The atlas collection ranges from 1898 through to 2010.

At one end of the collection is a copy of The XXth Century Citizen’s Atlas edited by J.G. Bartholemew in 1898, which includes countries from Abyssinia to Zululand, and there is a plate marked “British Empire”, with almost 11 million square miles shaded in the traditional pink. Further into the volume, the “South Polar Regions” plate includes the annotation “ANTARCTICA (Unexplored South Polar Continent)”.

Further along the shelf is The Oxford Home Atlas of the World, which has been on my various desks since it was a homework reference book in 1968.  The list of countries in that volume runs from Afghanistan to Zambia, and there isn’t “British Empire” listed anywhere.

The next landmark, chronologically, is a concise edition of The Times Atlas of the World, this particular edition is dated 1996.  Afghanistan still starts the list, but the end point is now Zimbabwe.

If I want a different perspective on the world there are a bundle of more esoteric volumes including an Atlas of World History and an Atlas of Victorian and Edwardian Britain, and more radically a copy of the Peters Atlas of the World, which claims to show ‘The Earth in true proportion for the first time”.  This is a fantastic volume, and it really is refreshing to see the world in a different shape.

The newest atlas in my collection is also my favourite.

This atlas, published in 2010, isn’t one I’ll turn to as a reference when trying to figure where the latest international news story is happening, but it is one that I turn to when I want to be transported by my imagination.

The Atlas of Remote Islands by Judith Schalansky is delightful in so many ways.   The author, who grew up in East German without the prospect of international travel, not only wrote the book she also designed every aspect of it right through to creating the font that has been used.

The subtitle of the book Fifty Islands I have not visited and never will perhaps gives a flavour of how travel was regarded behind the Berlin Wall.  I often wonder whether the author has visited any of the islands listed in the book.  Every time I look at the book I start to think about how I might get to some of the islands that are listed.

I don’t think I’ll get to all of the islands, but I can cross two off the list already, and hopefully I’ll get to a third one later in the year. 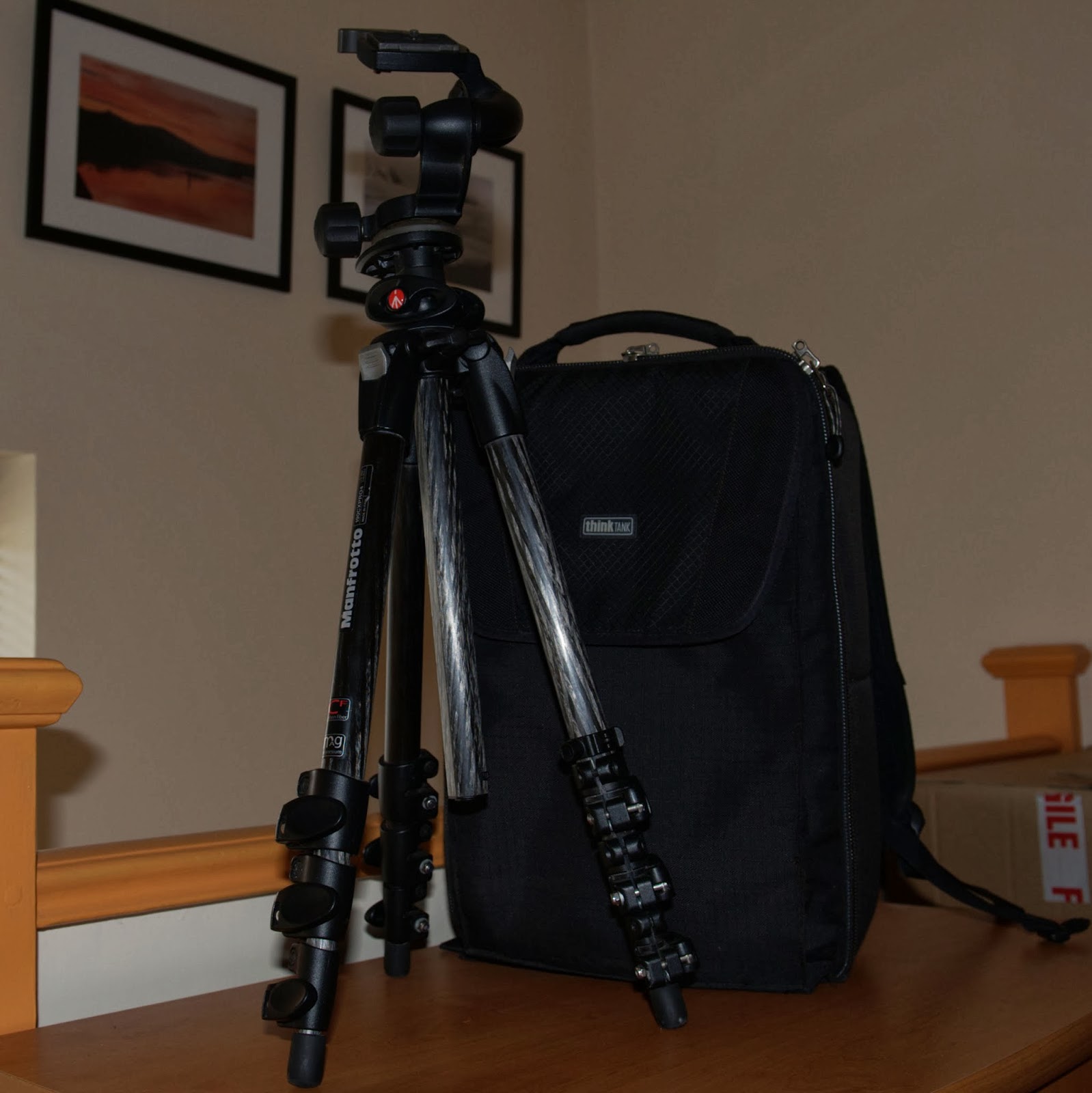 I’ve been known to grumble about the weight of my camera bag.  When I’m packing for a long trip the bag is likely to weigh in at 12 or 13 kg once I’ve added in a laptop and tripod.  However, a talk I went to recently made me think that maybe that’s not really too bad.

The talk, at the Pitt Rivers Museum in Oxford, was by Hugh Rayner of Pagoda Tree Press and covered the early years of photography in India, from 1860 to the end of the 19th century.  The talk included the work of numerous photographers across India including amateurs from the well-heeled English and Indian communities and some of the early professionals.

The character from the talk that grabbed my imagination was the British-born photographer, Samuel Bourne.  After a few years of amateur photography in the UK in the late 1850s and early 1860s, he decided it was time to quit his job in banking and head out to India to work as a professional photographer.  Bourne spent six years in India, working in partnership with variety of other photographers; one of the partnerships he established, Bourne and Shepherd, went on to become the society photographers in India in the 20th century, and is still operating today.

During his time in India, Bourne undertook three major expeditions, and these were the adventures that really grabbed my imagination.  The first two trips were from Simla up into the Sutlej Valley and into Kashmir, the third trip lasted six months and went high into the Himalayas, up to about 18,000 feet probably establishing an early altitude record for photography.

My photographic kit collection, entirely digital and fitting into one backpack, is very modest compared to the one used by Bourne.   He was also working using 10 x 8 inch glass plates, and on a six month trip took a several hundred images.   The fragile plates which couldn't be ‘backed-up’ other than by making contact prints, were very susceptible to damage either by scratching or, at the disastrous end of the spectrum by dropping.

On these trips, Bourne used the 'wet collodion' process which requires that the photographic plates are made up, exposed and then processed in a very short period of time.
So on this trip Bourne not only needed a camera and lenses (lots of wood and brass) and tripod, he also had lots of heavy glass plates and a mobile dark-room.  To move this lot around he had a team of about 40 porters travelling with him – there are clearly some advantages with modern photography.

On the other hand, Bourne never found himself half-way up a remote valley with his batteries running out...

One of my resolutions this year (maybe vague goals is a better term) was to try and take a few more sunrise pictures.  I'd clocked up quite a few decent sunset images, but I've never been so good at catching sunrise ones.

I'd photographed one or two sunrises in Oxford during January, but it seemed like a good idea to try and add some early images to my Shetland collection.  It had also occurred to me that the newly installed mini-lighthouse at the Sumburgh Head car park (moved from Muckle Roe during the autumn) might be in the right place to use as a prop with the sunrise images.

This morning I succeeded in getting out of the house ahead of the sunrise (which was at 08:15 on Shetland).