Over the last few weeks I’ve managed my longest continuous block of time on Shetland – this has let me get into some sort of routine rather than needing to think about the ferry or flight south as soon as I arrived, and I did (as per my earlier post) just book a single fare to get to Shetland.

I had just about got into a pattern (mostly writing in the mornings, then a walk somewhere in the afternoon), when the clocks changed from British Summer Time to GMT, and it was suddenly getting dark at four in the afternoon. Despite not having to face the tyranny of commuting, I was surprised to find that this did change how I approached the day.  The actual number of daylight hours hadn’t dramatically changed, but it now seemed to be wrong not to be up and about by the time it got light, and if I didn’t start my afternoon walk until maybe 2:30, there was a real risk that I might be finishing the walk in the dark. Of course the real bonus is that you can go out and take sunset pictures, and still be home in time for afternoon tea and cake.

At this time of year, you can also expect to see every variant of weather on Shetland (although Shetland is capable to offering any or all of the four seasons on one day at any time of year).  Over the last few weeks I’ve seen shirt-sleeves warm through to horizontal hail.  From still air though to a howling gale.  From bright sunshine to steady pouring rain.  From crisp clear air to thick fog.  This has provided lots of different photographic opportunities – as my daily blips and Saturday posts have shown.

One objective on this stay that I’ve hoped to achieve was visiting more of the islands.  Since we bought the house the visits have been very focussed on the southern mainland – but I’m afraid that on this stay I only ventured past Lerwick on two occasions, once to get up to Northmavine to photograph the lighthouse at Eshaness, and once to go over to Bressay to see the lighthouse there.  Must make sure that Muckle Flugga features next time – at least that way I’ll see a bit of Yell and Unst.

Several themes have emerged in my pictures; wind- and wave-swept beaches, boats and lighthouses were probably pretty safe bets – they are part of every Shetland photo journal.  The other theme was ‘neglected stuff’.  I found that I’d taken a series of images of old boats, old building, and even an old phone box – all of which looked as if they’d seen better days.  There are more images from the last few weeks on Flickr

Next time I'm back up it really will be winter - hopefully with the Northern Lights and Up Helly Aa to add some illumination.

It's not just Lighthouses... 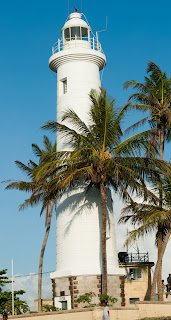 I little while ago I realised that there were going to be 27 Saturdays during my temporary escape from daily routine - and since I know that I'll be doing quite a lot of travelling on Saturdays (at least up to Christmas) I thought I'd set up an extra blog site for my six months away to report what I'm doing on each of the Saturdays.

So far I've done 6 Saturdays - one in Oxford, two in Sri Lanka and three on Shetland - and lighthouses seem to have been the recurring theme.  I'm not sure I can keep the lighthouse theme going for much longer.

The new blog is http://amonthofsaturdays.blogspot.com/

I'll be writing each entry on or just after the day and trying to post as promptly as I can - but that might be a bit of a struggle in the next few weeks.
No comments:

The BBC Frozen Planet series has already shown lots of amazing images on our TV screens (in the UK at least) – and I’m sure there are many more to come over the next few weeks.  Never one to ignore a passing band-wagon – I thought I’d fall in step with David Attenborough and Co. and talk a bit about my version of the Frozen Planet.  I’ve picked four places that represent My Frozen Planet – two from the far North and two from the far South.

I visited Port Lockroy as part of a short trip to the Antarctic Peninsula crossing the Drake Passage from Ushuaia.  We visited a number of stations and camps as we stopped off at various places around the peninsula, but only one was flying the Union Jack.  Port Lockroy (named for a French politician!) was initially a whaling station, then a military base and finally a research base for about 50 years up until 1962, when it was abandoned.  It was restored in 1996 by the UK Antarctic Heritage Trust and is now a small museum plus post office and shop.  It’s one of the few places on the Antarctica Peninsula were tourists can do tourist things like send postcards, buy souvenir T-shirts and get their passport stamped.

As well as a small group of summer residents looking after the base, there are lots of gentoo penguins on Goudier Island.  The penguins have been taking part in a long running experiment into the impact of tourists on penguin life. The island is divided into two parts; one open to tourists and the other not.  It appears that any negative impact that tourists might have on the penguins is countered by the fact that the presence of people deters the scavenging skuas. Original blog entry.

This might not strictly meet the BBC definitions to be included in Frozen Planet – but it makes my list.  Sea Lion Island is the southern-most inhabited island in the Falkland Islands.  It makes my list because it was where I was first able to get up close and personal with gentoo penguins.  Gentoos are creatures of habit – they follow regular paths from their roosts down to the sea and they do this at pretty regular times morning and evening.   These regular patterns mean that they get to know their bit of the beach pretty well so they can spot changes.  If you just stop on one of their ‘highways’ they will look pretty disgruntled and either stop and wait for you to get out of their way (and they can be very patient) or they’ll head off elsewhere.  In either case you are disturbing their routine behaviour and you probably shouldn’t be doing it.

Much better is to find a quiet area on the beach, at first light, and just sit down as low as you get (ideally to penguin height) and wait and watch. If you get lucky and sit still enough the penguins will come and investigate the strange new rock on their beach. Original blog entry.

Eastern Greenland is usually described in the guide books as being the ‘traditional’ or ‘undeveloped’ side of Greenland and by Greenlanders as ‘Tunu’ (the Back Side).  I think this is to make the distinction between the more modern parts of Greenland around Nuuk on the west coast.  The main town on the east coast is Tasiilaq – you can tell it’s a town by the fact that there are roads.  All the roads stop at the edge of town, but there are roads in the town, and a few very rundown cars that are only really of use in the summer.  This part of Greenland would be pretty much unreachable by visitors (other than by summer supply boats) were it not for the Americans and the Cold War.  There is an airport in Kulusuk with a full size runway, built by the US military to supply their one-time radar station on the island.  This is just a short, but spectacular, helicopter hop from Tasiilaq.  The other means of transport that comes into its own in summer are boats.

The boats get frozen in during the winter, but in the long summer days they provide ways to reach some of the other smaller settlements around the coast.  I was able to take a small boat from Tasiilaq round the southern coast of Ammassalik Island to the almost abandoned settlement at Ikateq.  This gave the chance to see some of the coastline, and to get dramatically close to some of the icebergs that drift slowly south down the Greenland coast each summer.  Original blog entry.

My final frozen rendezvous is the highest latitude stop – this is a largely unremarkable little inlet near the northern edge of Svalbard. However, in summer 2010 it was a magnet for both polar bears and tourists.  The bears were there to pick scraps from a whale carcass that had been washed ashore, and the tourists were there to watch the bears.  Both sorts of visitors were drawn from a big area – the bears by scent, and the tourists by expedition boat rumour mill.  I wrote (and enthused endlessly) about this trip at the time, but I still look at the photographs to remind myself how good the experience was.

We were able to spend many hours sitting in Zodiacs watching bears haul scraps from the submerged carcass which completely disappeared at high tide and was revealed as row of huge still-connected vertebrae when the tide went out.  Original blog entry.

I’m just about to head back to the Falkland Islands, including Sea Lion Island again, and to South Georgia (described recently by one of the Frozen Planet team as ‘Antarctica with the volume turned up’).  I can feel my passport and camera twitching. More blog entries to come as and when internet access allows.
No comments:

A Taste of Sri Lanka


These are now available in several places.

And as an experiment