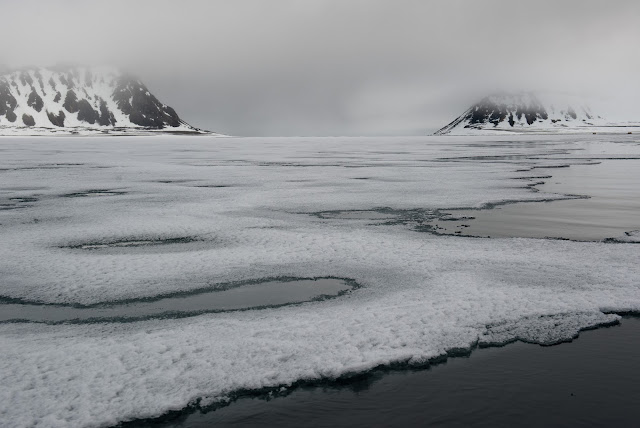 In times of stress (and the last couple of weeks certainly qualify) my instinct is to go and stand on a remote cliff and look towards the horizon and just imagine what I would see as I look out to sea if only the curve of the earth didn't get in the way.

Being based in Oxfordshire at the moment this needed to be a thought experiment, so I’ve been picturing the most northerly cliffs in the (currently still) United Kingdom - at Hermaness at the northern end of Unst, the northern-most of the Shetland Islands.

If I look due north, there’s nothing to see until the sea ice covers the water - and beyond that over the North Pole the first bit of land you’ll stumble upon is Wrangel Island (a little bit north of most eastern bit of Russia).

If you look a little bit east or west from your windswept vantage point at the northern end of Shetland (probably good to imagine it windswept, it usually is) there are lots more places to see.

Lets sweep our eyes round to the west to start - and count our way round toward the east.

1. 65 degrees west of north we get a glimpse of the pretty Faroe Islands capital Torshavn, with almost certainly the only grass-roofed parliament building in the world, overlooking its busy little harbour.

2. Round to 44 degrees west of north is the north-eastern edge of Iceland and the village of Torshofn.

3. Next stop on our brief spin (33 degree west of north), Scoresbysund, one of few populated places on the east coast of Greenland, although we’d better give it its proper name Ittoqqortoormiit - otherwise we’ll probably annoy most of the 400 people who live there.

4. Round a little bit more to 21 degrees from north.  We’re looking into pretty bleak north eastern Greenland.  Daneborg is an isolated station deep in the NE Greenland National Park.  Probably quite a few people there in the summer, but in winter maybe only a dozen people left.

5. Next stop round is 14 degrees from north, Jan Mayen Island.  Again only a few people there most of the time, sheltering in a remote weather station just below the most northern active volcano, the 7500ft high Beerenberg.

6. We’ve passing the midway point now, and our next stop is 14 degree east of north - and the collection of islands that make up Svalbard.  Compared with most of the stops on the tour so far - this is highly populated territory, over 3000 people (and the same number of polar bears) plus the conveniences of a few normal hotels and an airport with ordinary commercial flights.

7. A little bit further round, 20 degrees from north, is Bear Island (Bjørnøya) - roughly half way between Svalbard and the Norwegian mainland.  As with Jan Mayen Island, the only people who live there are running the weather station and occasionally entertaining passing expedition boats.

8. We’re now getting into standard European civilisation (albeit with an Scandi-twist), next stop is the Lofoten Islands (34 degree east of north).  This chain of islands is well inside the Arctic Circle but with all the conveniences you might want, including cheap public transport and very expensive beer.

9. Final stop on the ‘125 degree’ tour, we’re now looking 60 degrees east of north - and getting a glimpse of the city of Alesund (no where else on the tour has required that label), with a population of 45,000 and the most fantastic Art Nouveau architecture!

And how many of these places have I been to - about half of them, although since I started thinking about this post, I’ve signed up to visit both Jan Mayen Island (for the first time) and Svalbard (again).

Maybe I’ll get to all 10 places eventually.

Ten you ask, Wrangel Island has been on my bucket list for a long time. One day I’ll get there.
No comments:

Another June, another 30 Days Wild.

The daily communications from the Wildlife Trusts to do something Wild encouraged me to get outside every day, even if it was to just look more closely at what was around in the garden or en route between meetings - which was probably exactly what was intended.

Am already looking forward to next year - with the sincere hope that next time the event won't be punctuated by bereavements or by catastrophic referenda. 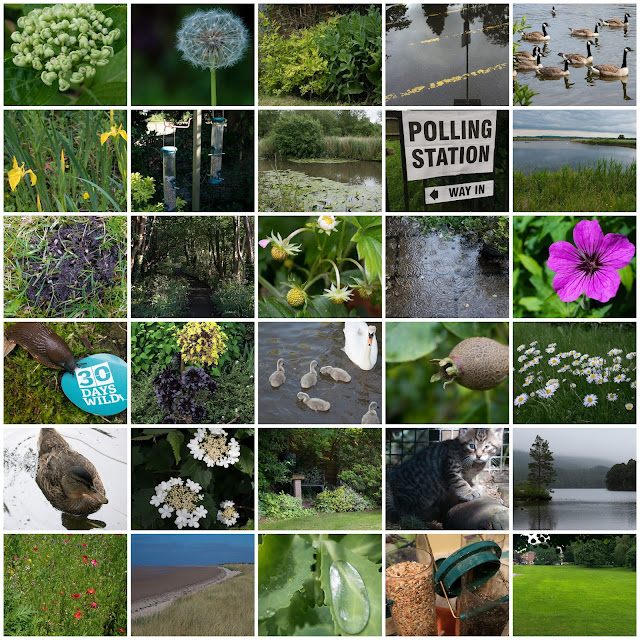