I think I got lucky starting my not-working-Friday plan this month.

November has managed to squeeze in 5 Fridays - and this is the second one that has included an 03:30 alarm and an early flight to Shetland.

As with the previous time, the travel all went remarkably smoothly.  There have been times where my attempts to get north have been messed about by weather and airline 'complications' - so I'm still grateful every time an 03:30 alarm in Oxford turns into a prompt arrival at Sumburgh Airport.  Today I managed to be on Scat Ness just on the stroke of midday - with boots (and a lot of layers) on and camera in hand.

The other bonus was sunshine - I could still see signs that the morning showers had been snow or sleet, but by the time I turned up the showers had moved on and they didn't return until just after sunset.  I should point out that there isn't actually very much time between midday and sunset on Shetland at this time of year - sunset was officially 15:12, and it was dark enough to see both the Sumburgh Head light and the Fair Isle North light by 16:00.

The pictures could lead one to believe that the weather was warm - but although the winds were gentle (by Shetland standards) they were coming from the North and I'm pretty sure the temperatures weren't getting much above 2 or 3C.

Long ago (back in October) I used to struggle through to Friday, looking forward to the way-too-short two-day weekend, and occasionally contemplating the freedom and opportunity that my new work pattern was going to give me.

Now, I struggle through to Thursday, looking forward to the new improved (but still too short) three-day weekend, wondering (i) how (and why) I ever routinely managed a five day working week, and (ii) how soon I can legitimately start petitioning for a three day working week and a four day weekend.

It struck me that this was a classic (close to home) example of a Shifting Baseline.  Where I might at one time have thought that the five day week was the norm and a four day was something to be aspired to, it very quickly turns to four days being the norm and a three day work week becomes the pattern to aspire to.

On this particular Friday, it seemed like a good idea to return to RSPB Otmoor for a rather more leisurely wander than last week.

Apparently I 'just missed' one of the resident otters and the kingfisher wasn't in evidence, but there were plenty of the usual suspects (and very few people - other than a very diligent volunteer work party) around. 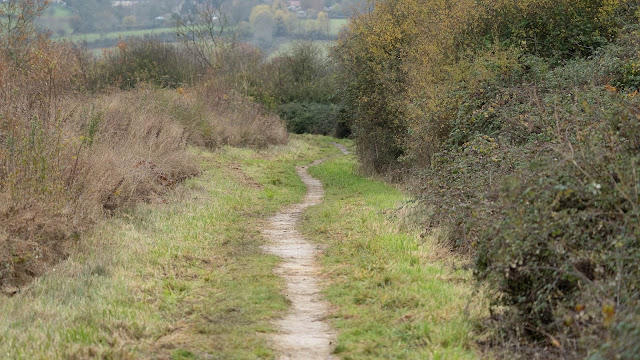 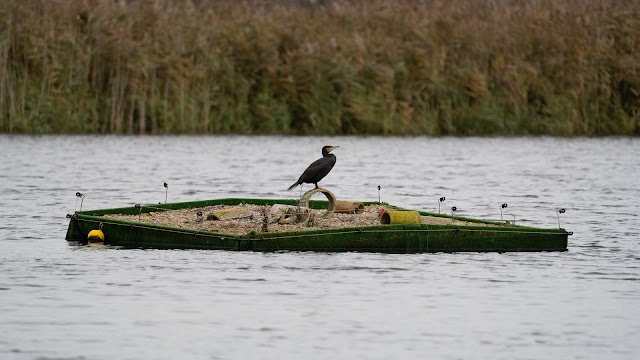 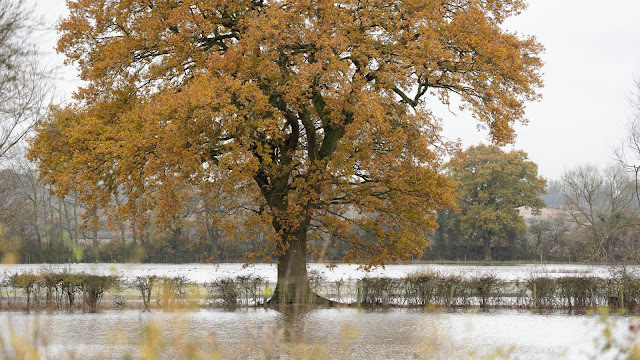 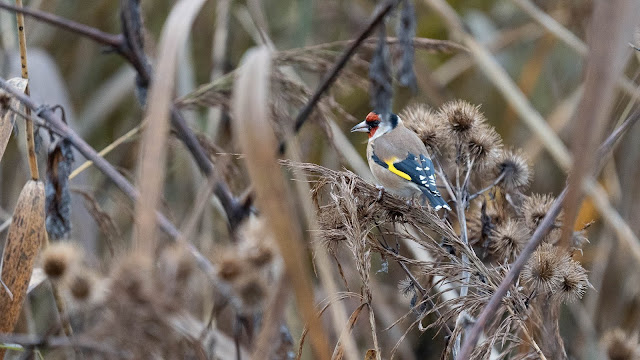 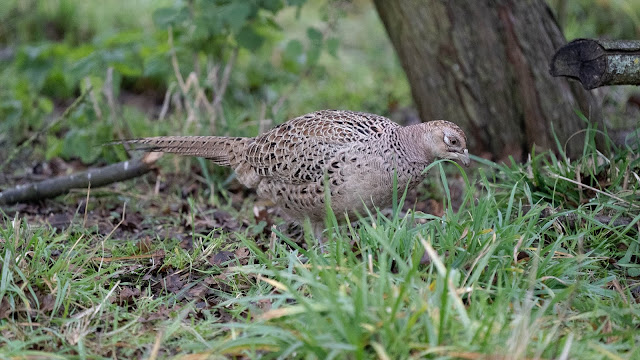 Good to be away from the desk - even when it's raining.

Sydlings Copse is a small BBOWT nature reserve surrounded by farmland just outside the Oxford ring road - it has got elements of ancient woodland, open grassland, fenland and a stream.  Bits of the reserve were once managed but others have been left to do their thing for many generations.  In the spring there are huge numbers of wildflowers and in the summer the profusion of butterflies makes you think that you've stepped back in time.   And best of all, it's really quite hidden away so you often get the place to yourself.  Particularly in November. In the rain. 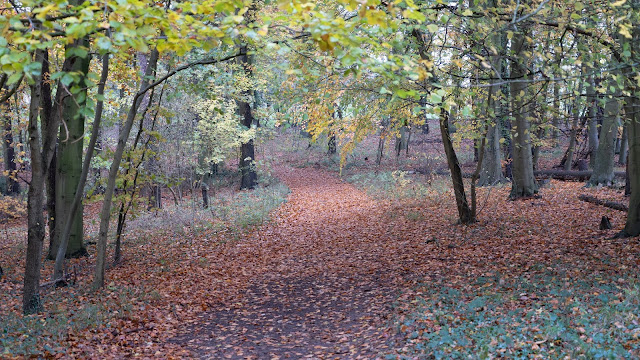 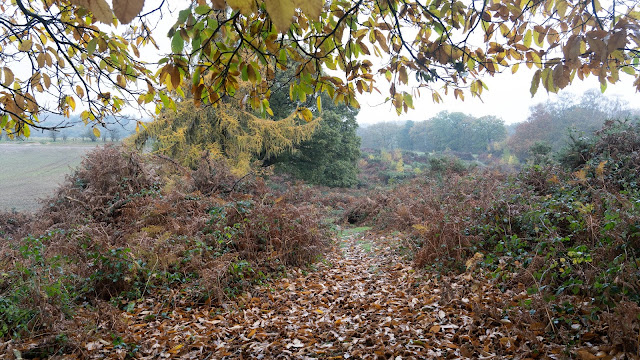 Just a couple of miles north of Sydlings Copse is a very different nature reserve.  RSPB Otmoor didn't exist when we first moved to Oxford.  Although Otmoor appears on old Oxfordshire maps it had over the years been 'improved' to become farmland, mostly by aggressive draining. In mid-90s the RSPB acquired the reserve (we helped!) and set about restoring the habit - a lot of the initial work involved reversing the draining, replanting reedbeds and generally attempting to turn the clock back by a few decades.  It's worked - there are now breeding bittern and lapwing on the site, kingfishers regularly hunt in the channels  and the noticeboard talks about the resident otters, stoat, weasels, badgers and fallow deer.  Over the winter there are huge numbers of wintering wildfowl and waders, and the regular spectacle of starling murmurations.  The site also has a wonderful sense of space - the open skies over the reed-beds offer space that is so often seems to be crowded out around Oxfordshire. 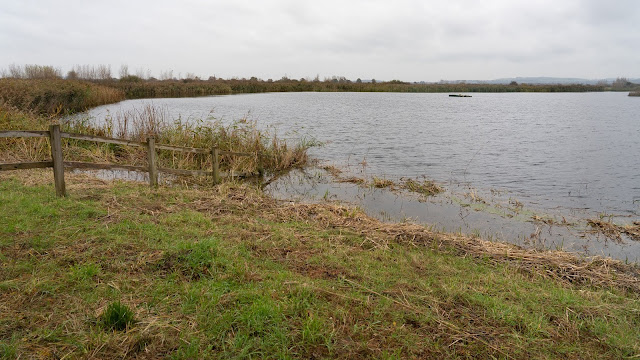 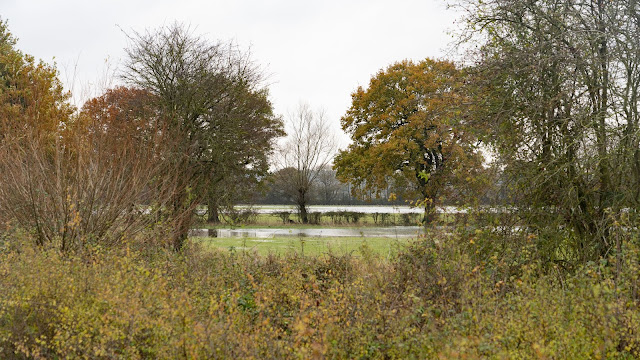 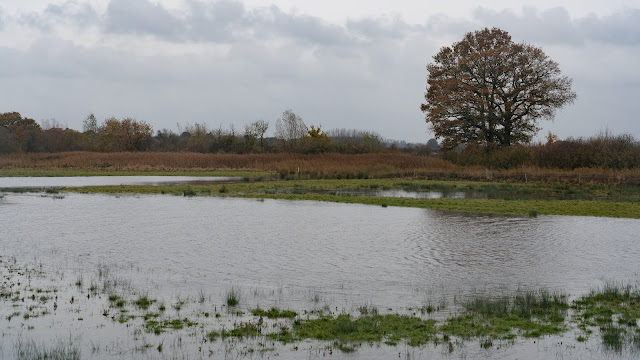 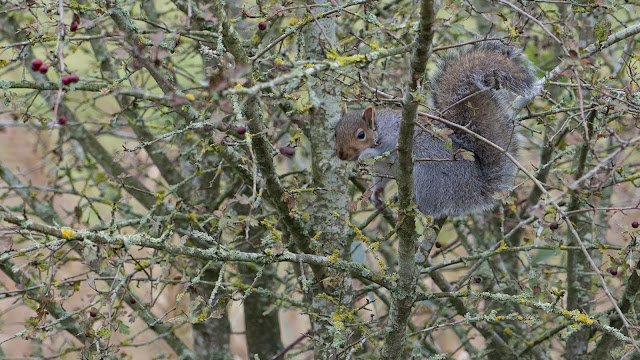 Why a blog just about the Friday? - read the earlier post.

One of the bonuses of living where we do on the edge of Oxford is that there are a variety of walks from the house which while not having the 'wild' feel that Shetland might offer, do give the opportunity to get away from the traffic and into trees and green spaces.  The regular walk to the C S Lewis Reserve is mostly along lanes until you get into the reserve.  The not-quite-so regular walk up to Sydlings Copse starts through housing development before emerging into agricultural land then into woodland (although like so much of Oxfordshire that is under threat - in this case of new housing developments rather than the Oxford-Cambridge Expressway).

Even when we do need to head into the centre of Oxford ('down the hill') there are routes that lead you to believe that you are out in the country - or at least in semi-wild parkland.

The river Cherwell snakes it's way round the east side of Oxford until it joins the Thames just south of the city - but before it gets to do that it goes along the edge of the University Parks (a pretty well-tamed mix of sports field and parkland) and through Mesopotamia, a narrow twist of land caught between two strands of the Cherwell.

This strip of land - actually still part of the University Parks, so well protected from any further development - is a splendid place for spotting wildlife.  I have seen both kingfisher and heron along here recently, as well as numerous other birds both on the water and in the trees.  In the summer it's busy with insects, and just occasionally a fox will patrol the banks.

Between the houses and lanes of Headington and the buildings and crowds of central Oxford, it's good to be able to get, just a hint of wildness.

By my basic arithmetic this meant there was about eight and half hours of daylight each day while I was here - and since you ask, yes most of that was sunshine.

One of the challenges in summer is that there is just so much daylight - when the sun rises at 03:30 and doesn't get round to setting until after 22:30 (and it really doesn't get properly dark for several weeks around mid-summer) there is a strong temptation to think that one should be outside taking pictures rather than doing anything as mundane as sleeping.

In the winter there are still photographic attractions. There are often big seas rolling in around the coast lines, and there are also fantastically still days when the air has a clarity that you just don't often get in the warmer summer weather.

There are also nocturnal attractions that don't get a chance to appear in summer.  The northern lights do regularly put in an appearance - and even when they don't, some of the night skies can be dramatic and in the first few months of each year there will be flaming Vikings much in evidence.

But there are going to be times when even the most diligent photographer does have time to catch-up on processing images and writing notes, and even on occasion getting a decent nights sleep.

I can see the advertising signs already - come to Shetland in the winter for a rest.

There are more pictures from this trip back to Shetland in a Flickr album.

Long, long ago - well actually starting in late 2011 - I had a career break and although there are those around who think I've been on one ever since,  that particular break was just six months.  During the six months I spent a lot of time travelling - Sri Lanka, Falkland Islands, South Georgia, Norway, Sweden, Denmark, Finland and the Faroe Islands - and I got into the habit of writing a 'Saturday blog' to let folks know that I'd not disappeared, drowned or been savaged by an elephant seal.  That series of blog posts (still online if you're curious) ran until I was dragged screaming and shouting back to my desk at the Open University in April 2012 - where I stayed for another 12 months.

Over the years since then I've done mix of photography projects and IT/ed-tech consultancy - including time on the payroll at University of Warwick and more recently at Oxford Brookes University.  While at Warwick I only ever worked four days a week, but when I moved to Brookes I opted to do the job full time - until this month.   I've now dropped back down to 4 days a week - to give myself more time to take pictures and even more importantly to spend time outside away from a desk.

I thought it would be constructive for me, if nobody else, to log (and more specifically blog) how I use my Fridays over the next few months.  I won't run a separate blog this time round - but I will tag the posts as "FridayBlog"

How better to start my 'away from the desk Fridays' than with a 03:30 alarm?  The reason was, inevitably, the need to get an 06:55 flight from Heathrow - which meant I was on Shetland by about 10:30 - and on Quendale beach not long after that.  The first day back on Shetland always involves a number of 'routine' tasks - these including walking Quendale Beach, visiting Sumburgh Head and (in winter at least) getting the house warmed up - all of those successfully achieved by the time the sun set (about 4:00 pm on Shetland at this time of year).